'Neymar needs to question himself & grow up' - PSG star is 'just doing what life taught him to do', says Juninho

'Neymar needs to question himself & grow up' - PSG star is 'just doing what life taught him to do', says Juninho 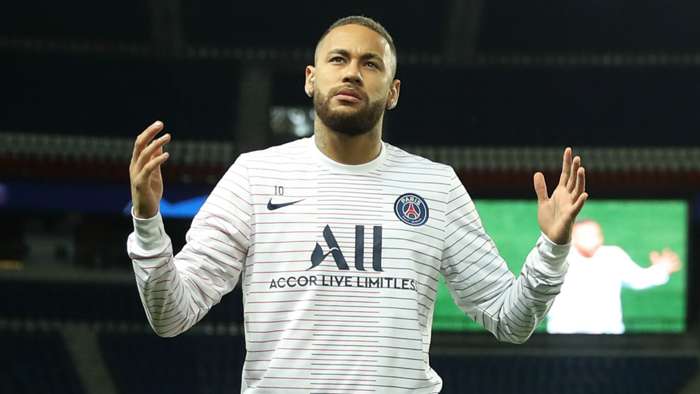 Former Brazil star Juninho has said that Neymar “needs to question himself and grow up” after moving to Paris Saint-Germain “just because of money”, with the former of the opinion that his countryman has been sucked into his home nation's culture of greed.

The saga of Neymar's world-record transfer fee from Barcelona to PSG in 2017 is well publicised and continues to roll on, with the 28-year-old having been pushing for a return to Camp Nou and a reunion with Lionel Messi in recent years.

And Juninho, who is best known for his trademark free kicks during a 20-year career that also saw him amass 40 caps for the Selecao, feels that growing up in a country that puts money above everything else leads to bad decisions.

“In Brazil we are taught to care only about money, but in Europe they have a different mentality,” the 45-year-old told The Guardian.

“Unconsciously I made a career plan because I wanted to go to another big club in Brazil, and not to just play for sport. I was taught to go to who would pay me the most. That is the Brazilian way.

“Look at Neymar. He moved to PSG just because of money. PSG gave everything to him, everything he wanted, and now he wants to leave before the end of his contract. But now is the time to give back, to show gratitude.

“It’s an exchange, you see. Neymar needs to give everything he can on the pitch, to show total dedication, responsibility and leadership. The problem is that the establishment in Brazil has a culture of greed and always want more money. This is what we were taught and what we learned.”

Juninho was also quick to reiterate blame should not be saddled solely by Neymar, but rather the culture in which he grew up.

“It is simply what he learned," added Juninho. "I need to differentiate between Neymar as a player and Neymar as a person. As a player, he is in the top three in the world, at the same level as Cristiano Ronaldo and Leo Messi.

“He is fast, tough, can score and make assists as a real number 10. But as a person, I think he is guilty because he needs to question himself and grow up. At the moment, however, he is just doing what life taught him to do.”

Further expanding on Brazilian culture as a whole, Juninho spoke of president Jair Bolsonaro's poor handling of the coronavirus, with Brazil the second-worst his country in the world in terms of daily cases and deaths.

He does, however, retain hope that his beloved nation can come out the other side of current affairs as a more equal and understanding place to grow up.

“I need to believe,” he said. “I grew up in Recife, lived in Rio, Lyon, Qatar and the United States. The place I love the most is Brazil. I know it is hard at the moment but I am a father, a grandfather and I want a better world.