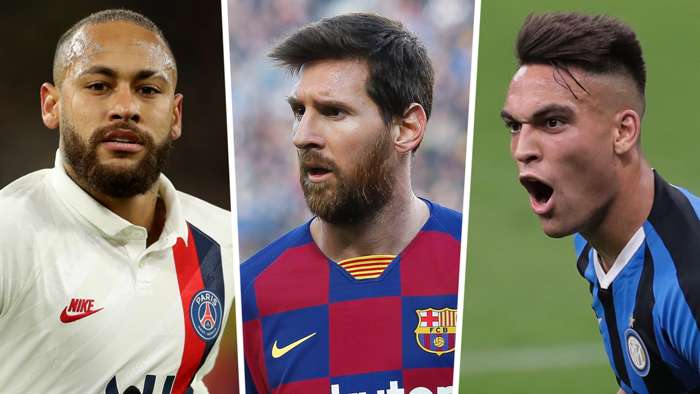 Barcelona president Josep Bartomeu has addressed a number of pressing transfer stories around the club, including moves for Neymar and Lautaro Martinez and the future of Lionel Messi.

With Barca ceding the Spanish title to Real Madrid and looking unlikely to win the Champions League, there has been plenty of talk suggesting Messi could seek an exit from the club – but Bartomeu says he isn’t worried.

“Messi has said many times that he wants to retire here and I have no doubt that he will renew,” Bartomeu told Mundo Deportivo.

Messi’s partner in crime in attack, Luis Suarez, is also believed to be coming to the end of his time at the club.

Suarez turned 33 at the beginning of the year and is out of contract next summer, but Bartomeu revealed there is an automatic extension clause in his deal.

“Luis has a contract that, depending on the number of games he plays, automatically renews for the 2021-22 season,” he said.

Asked which player’s contract was the top priority to renew, Bartomeu named his side’s inimitable goalkeeper – though he said the German will likely take a pay cut due to the coronavirus.

“For me, Marc-Andre ter Stegen's. Not only for his quality as a goalkeeper but for his personality as a player.

“He is a fixture in the dressing room and the future. For goalkeeper, he is still very young and already in the elite. And at 28 he is one of the three best in the world.

“He understands what is happening in society and knows that given the decrease in income for clubs like Barca, he must adjust his salary. All the players are doing it and we are working on it.”

Bartomeu was also asked about their repeated attempts to re-sign Neymar from Paris Saint-Germain, a prospect which no longer seems likely.

“Players, if they do not come in swap deals for other players, it is very difficult for them to come,” he admitted.

On Inter’s Martinez, the outlook was similarly negative.

“We have spoken with Inter but now the issue is paused,” he said.