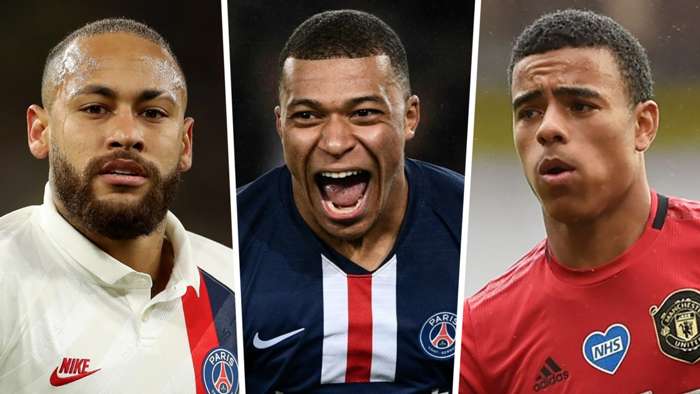 Dimitar Berbatov has mentionedNeymar, Kylian Mbappe and Mason Greenwood as the players who could potentially emulate Cristiano Ronaldo and Lionel Messi in the future.

The duo, who have shared 11 Ballon d'Or awards between them and are widely considered two of the greatest players to have ever played the game, are both now in their 30s and may not be far off the end of their respective careers.

Paris Saint-Germain duo Mbappe and Neymar have long been touted as having the potential to be world football's two biggest stars when Ronaldo and Messi decide to call it quits, with both having arrived at the French club for enormous transfer fees.

And Berbatov also mentioned Greenwood, who has burst onto the scene at Manchester United and been one of the club's best players since the Premier League restart, as being another who could one day reach the very highest level.

When asked about his former team-mate at Old Trafford, Berbatov told Betfair: "On Friday, it will be two years since my former team-mate,Cristiano Ronaldosigned for Juventus.

"No one can say Cristiano hasn't been amazing in Italy, especially considering his age. He's 35 now, oh my God, most players have dropped a level by now, what he's still doing is unbelievable.

"He takes care of himself very well, probably better than he ever has, because at that age you need to work harder to stay in good shape. Messi and Ronaldo,we need to treasure them, because when it's over, it's over. They have been more than special.

"It will be one of the saddest days in world football when Ronaldo finishes playing, even those who dislike him will appreciate him. The day will come, but hopefully not for some time yet. When he's finished, other players will come, evenPele and Maradonawere eventually replaced - life is a circle.

"We have Neymar, Mbappe, Greenwood, and other young players that can hopefully reach the highs of Ronaldo and Messi, as unbelievable as that may seem."

On Ronaldo's impact on the global game, with the 35-year-old having earned a reputation as one of the greatest ever for his performances for United, Real Madrid and now Juventus, Berbatov added: "Real Madridhaven't been the same since he left.

"He was a huge part of the team. He scored so many goals it's scary, he won so many trophies, and when he left, there was a big hole from his absence. Madrid will move forward, and they already have done, buthe's definitely still being missed over there.

"If, and when Messi leaves Barcelona, how do you fill that gap? They have to move forward, but in a different way.

"My favourite moment with Ronaldo was when I set him up for the easiest goal of his life, against West Ham. I was going to finish it myself, but I was feeling generous that day.

"We always saw how professional he was, we all wanted to work as hard as him, but that's why he achieved so much. All players can learn from each other, even if not by asking, just by observing.