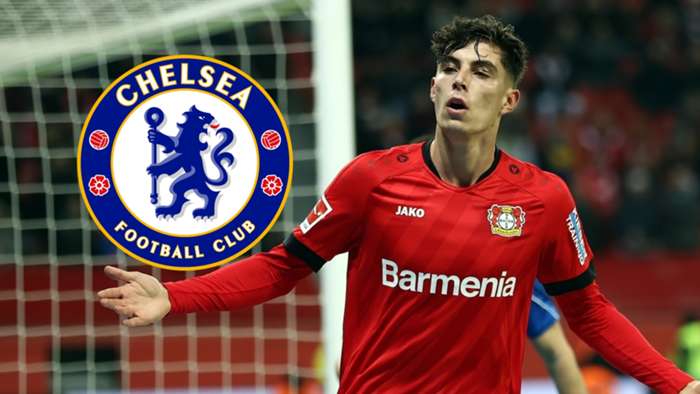 New Chelsea signing Kai Havertz has said the chance to learn from head coach Frank Lampard was a major factor in his decision to join the Blues.

Havertz moved to Stamford BridgefromBayer Leverkusen on Friday in a deal worth £70 million ($91m) including add-ons.

After months of rumours linking the Germany international to Chelsea, he has now put pen to paper on a five-year contract at the Premier League side.

The 21-year-old is a goalscoring midfielder, much like his new manager was during his playing career, and Havertz8revealed that working under Lampard was a major draw for him.

"Of course he had a big impact on my decision because I loved him as a player and watched him very often, and I think I can learn from him now he is a manager as well," Havertz told Chelsea's website of Lampard.

"I think he is a very humble person and a great guy and I can’t wait to play with him and learn from him.

"He was very offensive like me and he loves to score goals, and I love to score goals as well so I think he will help me a lot in my position. Also maybe on the things that I can improve and I can’t wait to work with him."

Another major factor in Havertz's decision was the chance to link up with a pair of his team-mates with the Germany national team.

I think it is very exciting because Chelsea has very young players and I know some of the players like Timo Werner and Toni Rudiger,"he said.

"I have played with them in the national team and they are good friends of mine and so I think this is very good for me.

"Also that Chelsea have very young players and English players and that is very nice and a big project. Hopefully we can have many successes."

Havertz is the latest addition in a big-spending summer for Chelsea, with Werner,Ben Chilwell, Malang Sarr and Thiago Silva also having arrived.

The Germany international knows that the new additions combined with Chelsea's returning stars means there will be be expectations at the club in 2020-21.

"I want to achieve as much as possible, I try to do my best and of course it is a very big step," Havertz said.

"For me it is a new country, a new culture and it is difficult maybe in the first two or three weeks, but then I think I just want to play football and have fun with the boys.