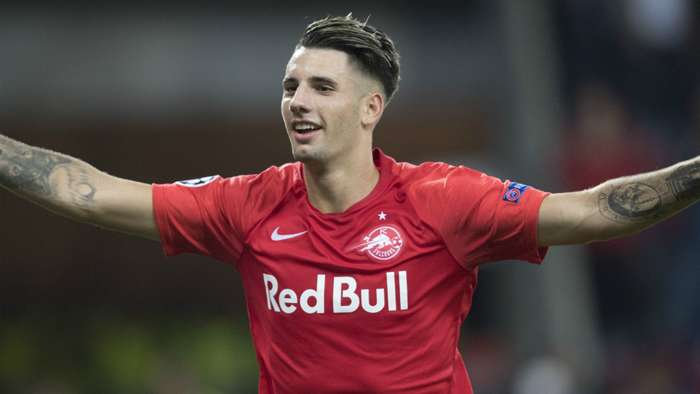 Szoboszlai is a player in demand and tipped to leave Salzburg following his exploits for the Austrian champions – the Hungary international linked to Napoli, Milan, Inter, Lazio and Premier League outfit Arsenal.

The 19-year-old midfielder has scored 12 goals across all competitions in 2019-20, supplying 10 league assists for Salzburg in Austria.

"He's a 19-year-old who made his debut for the national team at the age of 18. He's a very elegant and talented player, rich in technique," Rossi told CalcioNapoli24.

"He plays between the lines and is good at assisting in the final third. He has great physicality and is tall but, despite its height, also has an excellent burst of pace.

"If he decides to accept an offer from Serie A, it would complement his technical expertise with a couple of things where he still needs to improve, for example his defensive game.

"Tactically speaking, Salzburg have played him high up on the left and he's posted good numbers there, but in possession he often plays between the lines to make room for the full-back.

"In a 4-3-3, instead, he could be a box-to-box midfielder, capable of supporting the centre-forward.

"Szoboszlai expresses himself best in a team who play positionally. In Italy, Napoli must play football and not counterattack because they're among the best teams in Italy, even if they might suffer in a couple of games every season.

"Dominik would be the ideal player for Napoli’s style of play."

Salzburg have become a production factory for some of the best talents in Europe over the past 12 months, selling Norwegian striker Erling Haaland to Dortmund. Takumi Minamino to Liverpool and Munas Dabbur to Sevilla.