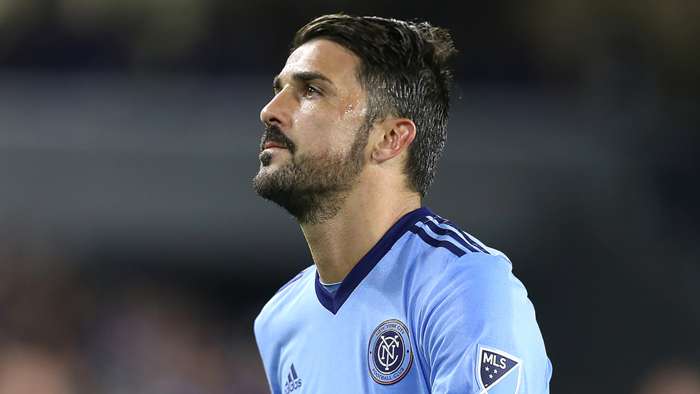 In response to the report, a former NYCFC intern tweeted that she had been a victim during her time at the MLS outfit, alleging that she was repeatedly harassed by Villa during her time with the club.

The individualstated that she "rarely went a day"without Villa “grabbing” her or "verbally harassing"her, tarnishing her experience with the team.

She also stated that her bosses at NYCFC thought it was "great comedic material"while adding that she was repeatedly "groped", "mocked"and "shoved", although she did not mention Villa by name as part of the latter allegations.

In response to the claims, NYCFC stated on Wednesday that the club is investigating the former intern's accusations.

"New York City Football Club has learned of the allegations made by a former intern by seeing them on social media,"a club spokesperson said in a statement provided to Goal.

"We take this matter extremely seriously and do not tolerate harassment of any kind in any areas of our organization. We immediately launched an investigation into the matter."

Villa played for NYCFC between2014 and2018, with the Spanish star being the club's first signing ahead of the club's expansion season in MLS.

A 2010 World Cup winner with Spain, Villa became a key playerat Valencia, Barcelona and Atletico Madrid prior to making his move to MLS, while earning 98 caps and scoring 59 goals for his national team.

The former forward, who retired as Spain's all-time leading scorer, scored80 goals in 126 appearances during his time in MLS, earning recognition in 2016 as the league's Most Valuable Player.

He left the club in 2018 to join Japanese side Vissel Kobe before retiring in January, with Villa having sinceannounced that he has invested in a USL expansion franchise, Queensboro FC.