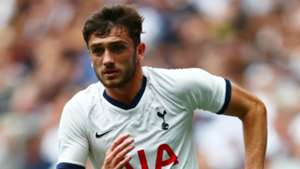 Jose Mourinho has branded Troy Parrott a "privileged one" despite revealing that the highly-rated striker will once again be on the bench for Tottenham's FA Cup fifth-round clash with Norwich.

With Spurs short on strikers, there have been growing calls for a talented teenager to be given a chance to lead the line.

Cover is required for the injured Harry Kane and Heung-min Son, with struggles for positive results reflecting the shortage of firepower at Mourinho's disposal.

The man calling the shots in north London has, however, refused to waver in his belief that Parrott's ongoing development is best served at present with training experience and sporadic senior minutes.

That will remain Mourinho's stance for a home date with Norwich, with Parrott urged to make peace with his current situation and look to take positives from it.

Quizzed on the youngster's possible involvement against the Canaries, having introduced him off the bench in a 3-2 defeat to Wolves and allowed an Under-23 outing to be taken in on Monday, Mourinho said: "He will be on the bench tomorrow.

"We are taking very good care of him.

"We cannot tell you every single detail. We are taking care of a player and a young boy. He's 18 but one month ago he was 17.

"We are taking good care of him. Yesterday we decided it was good for him to play [for the U23s] but only for 45 minutes. The objective was to get some football.

"He has qualities, he has potential. He's not an end product and he has a lot to develop at every level.

"He's going to be on the bench tomorrow again. He has two Premier League appearances, something that's not normal for 18-year-olds. He's a privileged one.

"He has the privilege of that and training with the first team and the very good people in the academy. Step by step."

While caution is being favoured with Parrott, the same approach is being taken with Hugo Lloris' fitness.

The World Cup-winning goalkeeper is nursing a groin injury and will not figure against Norwich, but could come into contention for a Premier League trip to Burnley on Saturday.

Spurs have also revealed that Ryan Sessegnon is back in training after shaking off a hip complaint.