‘Mourinho is edging Alli out at Tottenham’ – Spurs relationship has soured, says Jenas

‘Mourinho is edging Alli out at Tottenham’ – Spurs relationship has soured, says Jenas 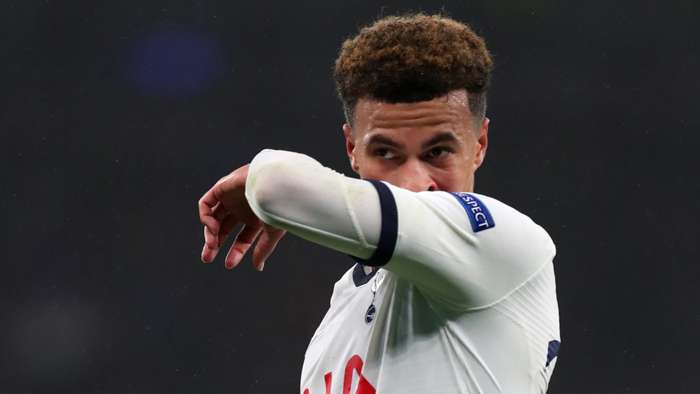 Jose Mourinho is in the process of edging Dele Alli out at Tottenham, claims Jermaine Jenas, with the working relationship between player and coach having seemingly turned “a little bit sour”.

Having once been one of the most productive and consistent goalscoring options from deep in the Premier League, the last few years have seen thetalented 24-year-old allow his standards to dip.

Alli managed only seven goals during the 2018-19 season and has added just nine efforts to his overall tally in the current campaign.

Finding form has proved to be an issue for a man tied to a contract through to 2024, with only a brief resurgence enjoyed when Mourinho took the reins at Spurs.

Alli has slipped backed out of favour since then, with Jenas suggesting that he may now be ushered towards the exits at the Tottenham Hotspur Stadium.

The former Spurs star told BBC Radio 5 Live: "Dele, he's struggled by the looks of it. That's the key one I look at in terms of the way it's gone.

"If you think of the way he arrived, Jose, the smiles, the 'have I been watching Dele's brother'. All of a sudden Dele's scoring goals and it's all looking good.

"And then, we've not seen Dele. We've not seen that Dele for weeks, months. And I get the feeling that he will slowly edge him out from what I'm seeing.

"That's an indication of things going a little bit sour."

Alli is not the first to have fallen foul of Mourinho’s methods, with Jenas conceding that some of those at Spurs may not find the enigmatic Portuguese’s demanding nature to their liking.

The ex-England international added: "I always felt that Jose Mourinho, as good a tactician as he needed to be in all of those finals he's had in his career, that's still in him, but he's always been a people person in terms of the mentality side of the game.

"I had a conversation with Cesc Fabregas recently, who said Jose Mourinho is in the top three managers he's ever had. And that is because he challenged him on a regular basis to be better.