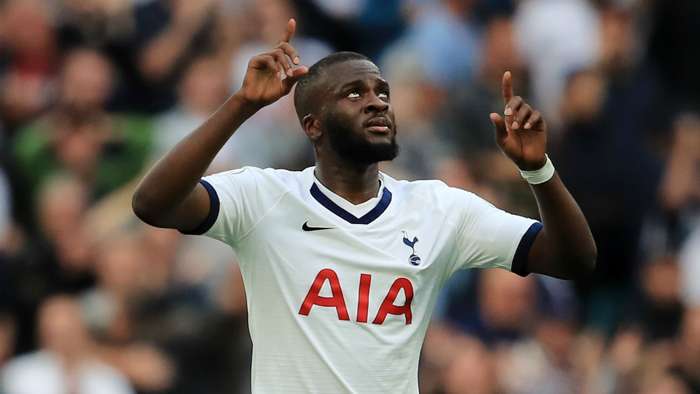 Ndombele is a club-record signing following his £55million arrival from Lyon last year but the French midfielder has struggled in London, andhe has reportedly told Mourinho he no longer wants to work with him.

The likes of Barcelona and Paris Saint-Germain have been linked with Ndombele, who was an unused substitute in last week's 2-0 Premier League win over West Ham.

But Tottenham boss Mourinho has backed Ndombele, pointing to Modric's impact at Madrid. Following a tumultuous startin the Spanish capitalafter leaving Spurs in 2012,the Croatian has gone on to win the Ballon d'Or, four Champions League titles and La Liga.

"Injuries, small injuries, physical condition and that broke that initial impact that when a player starts working with a manager, immediately broke that impact you can have with other players.

"You can face all the competitions, but then the players, fans, you the press, everyone must understand you can only start with 11, and in many other clubs it looks like it's normal to have great players on the bench.

"When a top player is on the bench, that doesn't mean there is a story behind it, it means we have lots of options. So the other day when I played Moussa Sissoko and Giovani Lo Celso in midfield, there is no drama that Harry Winks is not playing or Ndombele is not playing. There is no drama Erik Lamela isn't playing, that's life in a big club.

"So, no problem with Tanguy, he is in a big club, period. He's in a big club and he has to compete with the other guys. He's an option for me, he's a very good player, he probably will be playing tomorrow, the next match, there is no problems."

"Football is full of players with difficult starts. Luka Modric in Real Madrid, after six months he was elected the worst signing of Real Madrid history by the fans and press, a few months later he was champion, then European champion and then voted the best player in the world. When the talent is there, many things can happen with adaptation, but if the talent is there anything good can happen."

"I've known him six months and it's not for me to define the psychological profile of a player. One thing is feelings, another is the reality. I'm no genius to in six months get into someone's brain to describe 100 per cent how the person is feeling, you have to ask."