Mourinho: Missing out on top six not the end of the world for Tottenham

Mourinho: Missing out on top six not the end of the world for Tottenham 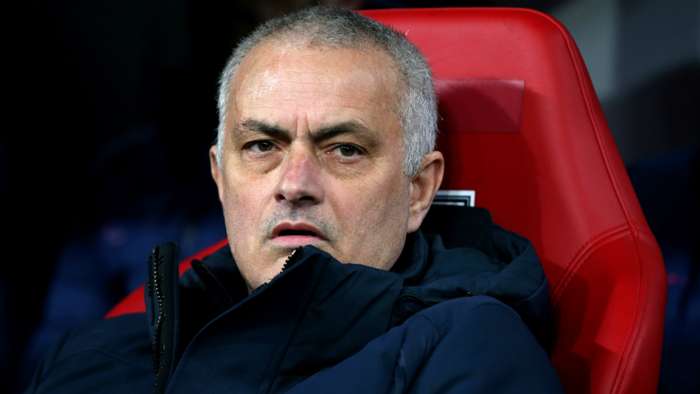 Jose Mourinho claims that missing out on the top six “is not the end of the world” for Tottenham, with the Portuguese eager to open a “new world” of his own in north London.

A change in the dugout was made back in November 2019 with the intention of pushing Spurs back towards the top four and Champions League qualification.

Mourinho is yet to make the impact expected of him, with the former Chelsea and Manchester United boss still finding his feet at his third Premier League club.

Many are tipping him to get things right, with his stunning CV suggesting that he can be the man to deliver long-awaited silverware.

For now, though, Tottenham are preparing to end the current campaign empty-handed.

There is no guarantee that they will have continental football of any kind for 2020-21, having slipped to ninth in the table, but Mourinho is not overly concerned and expects improvement to be made during his first full season at the helm.

"Change for you, change for other clubs. The squads they change. The motivations they change, the group dynamic changes. The group that possibly was strong 10 years is ago is not strong anymore. A player that was in the maximum of his motivation is not anymore and vice-versa.

"It is also possible that we don't get into a top-six position.

"Because if you analyse Tottenham for example last year, how many matches did Tottenham win away from home? When I arrived I think it was almost a year without an away victory.

"If it happens (finishing outside of the top six), it happens but we don't want it to happen and we are going to fight for it not to happen."

Spurs’ cause has been hampered by untimely injuries, with Dele Alli adding his name to that list.

Mourinho has confirmed that the England international is nursing a hamstring problem picked up in training.

He said of the 24-year-old, who has slipped back out of Spurs’ starting XI after making a bright start to life under a new boss: "Something today Saturday in training with Dele Alli. I don't think it's big. I don't really know what it is.

"The bad thing of press conference 48 hours before a game is another training session tomorrow.

"Hamstring, which is something he's had problems with in the past, even in this season, and is always something that makes the medical department think about it.

"We all think that it's nothing important. If you ask me in this moment I think he will be available but I don't know."