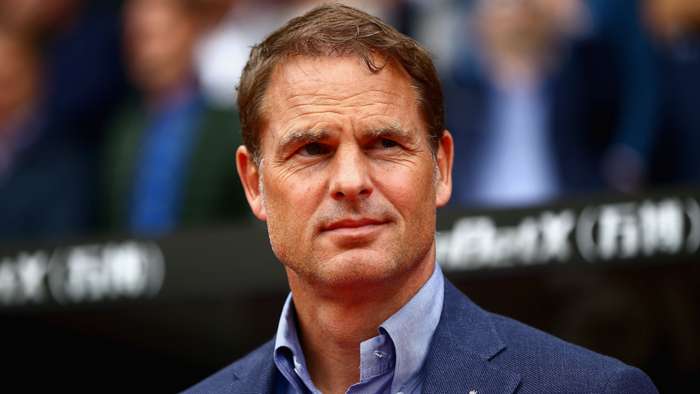 Frank de Boer believes he has inherited a Netherlands squad that is even better than theone that reached the World Cup final a decade ago.

The Netherlands missed out on qualification for the previous World Cup in 2018 - having also been absent from Euro 2016 - but De Boer is bullish about the futurehaving signed a two-year contract that will take innext year's delayed European Championship and the 2022 World Cup in Qatar.

"This selection is perhaps even more talented than that of 2010," De Boer told reporters.

"I do see similarities with that group.Wesley Sneijder and Arjen Robben were in top form, we had Rafael van der Vaartand alsodefensively it was good with the block - Mark van Bommel and Nigel de Jong.Very solid, and so does the current selection.There is a lot of potential, especially in terms of width."

The Netherlands were at a low ebb when Koeman took over in February2018but he led themto theNations Leaguefinaland guided them to Euro 2020 - a competition that has been postponed until next year due to the coronavirus pandemic.

Koeman will not be in charge for that having left to take over at Barcelona, though former Ajax, Inter, Crystal Palace andAtlantaUnited coach De Boer accepts heshares similarities with his predecessor.

"When therumoursabout a possible departure of Koeman to Barcelona came, I had a brief talk with my agent about the Dutch national team, just to see how I might feel about that," De Boer added.

"I am not Ronald Koeman 2.0, but there are of course some similarities.I do want to follow the path of his method."

De Boermade112appearancesfor his country and won four straight Eredivisie titles with Ajax at the start of his coaching career.

However, he has failed to emulate that success in hisstops with Inter, Palace and MLS side Atlanta, so his appointment as coach of the national team hasraised eyebrows.

"It doesn't interest me whether I was the first, second or sixth choice for the Oranje, this job is veryhonourableand if I am asked to do this job, I like to do this job," De Boer said.

"You always have supporters and opponents and you always hear the opponents loudest.But I think there is also a very large group of people who are very satisfied.