Donny van de Beek says he is comfortable playing wherever Ole Gunnar Solskjaer needs him in Manchester United's midfieldfollowing an impressive display during the 4-1 Champions ...

Morata savouring Ronaldo reunion as he feels the love at Juventus 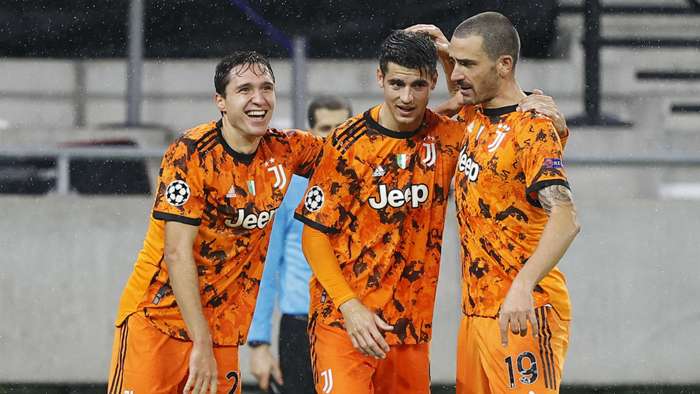 Juventus forward Alvaro Morata has heaped praise upon Cristiano Ronaldo after the duo combined in the club's 4-1 win overFerencvaros in the Champions League.

Morata has been on fire in the final third and now has five goals from as many matches for Andrea Pirlo's side over the past month.

The Spaniard's good form in front of goal looks set to only be bolstered by the return of Ronaldo, who Morata only had kind words for post-match.

“I don’t need to tell you what Ronaldo represents and what he brings to the team," Morata told Sky Sport Italia.

"He’s a great teammate, he talks to everyone, helps everyone and is our most important player. We all hope he can continue scoring and take us to the level he has envisaged in his mind.”

On his fine form since returning to Turin, Morata added: “I said when I came back here that I felt like a more complete player and I matured as a person by going through the good and bad in my career. It was all a learning experience.

“The motivation I want in my football is the same as any person needs in life, to feel wanted and loved. I think I have all that I need at Juventus. I can still improve and I believe we’ll continue to grow together and go far.”

On Wednesday night, Morata led a frontline consisting of Ronaldo and Federico Chiesa, with Paulo Dybala also joining the fray with good effect in the second-half.

With Juventus blessed with a number of attacking options, their Spanishstriker is ready to adjust to whoever he finds himself playing alongside.

“I know they have their characteristics and I must make the most of their qualities to be in the right place for a goal or a pass," he said.

"I am at the disposal of the team and don’t mind adapting to their characteristics with my movement.”

Pirlo's side are currently second in Group G, three points behind Barcelona, who have won all three of their group games to date.