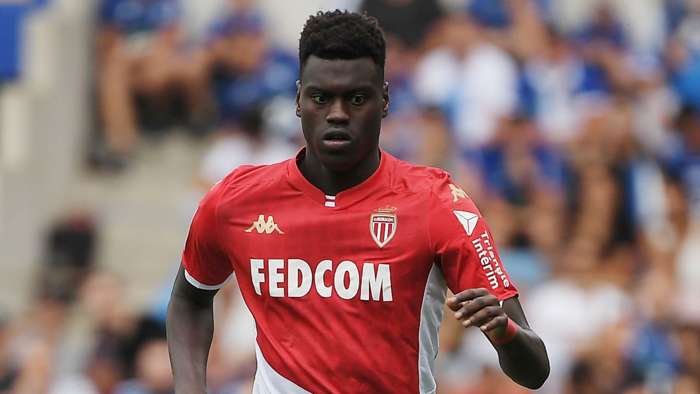 Monaco centre-back Benoit Badiashile has confirmed that he was the subject of a transfer approach from Manchester United last summer.

The 19-year-old has now admitted that he snubbed the Red Devils in order to further his career with Monaco, who he has helped re-emerge as a major force in Ligue 1 this season.

Badiashile told RMC Sport: “It was the right choice, first off is that I have not enjoyed good seasons since I have been at Monaco.

“We played to stay up and so now I am really experiencing being at the top of the table and I think that continuing with the club that trained me was the right decision and this is being proved by the season that we are having.”

Asked if he regrets rejecting United, the Frenchman responded: “No, not at all.”

United were tipped to bolster their defensive ranks after finishing 33 points behind Premier League champions Liverpool last season, amid suggestions that club captain Harry Maguire needed a pacey partner next to him instead of Victor Lindelof.

Badiashile fit the bill perfectly, with it reported that the Red Devils were willing to spend around £22 million ($31m) for his services, but a final deal never came to fruition.

Badiashile signed his first professional contract with Monaco back in 2018, and has since racked up 71 appearances across all competitions for the club, scoring three goals.

The teenager's latest stellar display came in a Ligue 1 clash against Paris Saint-Germain on Sunday as he kept the likes of Kylian Mbappe and Moise Kean quiet during an impressive 2-0 victory for Niko Kovac's side.

Badiashile will be in line to feature for Monaco once again when they welcome Brest to Stade Louis II this weekend.

United, meanwhile, are currently readying themselves for the second leg of their round-of-32 Europa League tie against Real Sociedad on Thursday.