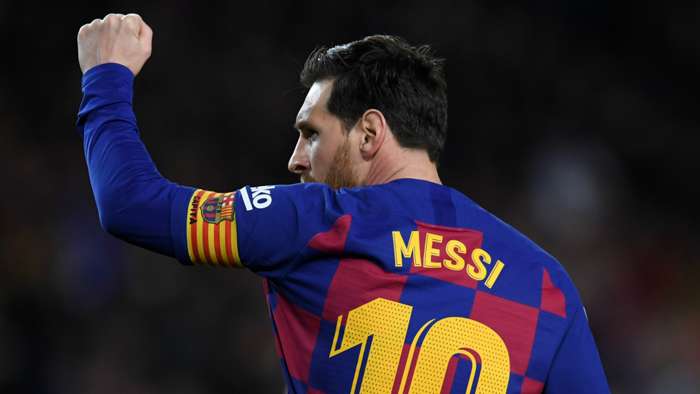 Former Barcelona vice-president Jordi Mestre is “sure” that Lionel Messi will keep the captain’s armband at Camp Nou after bringing the uncertainty around his immediate future to a close.

The Argentine forward revealed in a world exclusive to Goal that he will not be leaving Catalunya in the current transfer window.

That had been his intention, with his desire to move on revealed to Barca in thenow infamous burofax.

Messi was of the understanding that he was free to walk away from the final year of his contract thanks toanexit clause present in the deal.

Barcelona have, however, closed off that avenue and made it clear that €700 million (£624m/$823m) would be required to complete any deal.

No fight will be fought there, with Messi deciding not to enter into a legal dispute with a club he has represented with distinction for 20 years.

Instead, the 33-year-old will be staying put and reassessing his options in January – when he will be free to discuss pre-contract terms with any suitors.

Mestre is pleased to see a six-time Ballon d’Or winner continuing his association with Barca and believes there will be no dispute when it comes to Ronald Koeman making a captaincy call in 2020-21.

He is, however, disappointed in current club president Josep Maria Bartomeu, with it clear that Messi’s issues are with the way a La Liga giant is being run.

Mestra told Radio Catalunya: "I think, in these moments, he's not happy.

"I listened to the interview and he is stayingagainst his will. The problem is not with the club, but with the president. There's a divorce between player and president.

"He's angry with the president and many journalists, but he will return to be the same as ever.

"If (Bartomeu) had wanted Messi to go, he would have got a lot of money for the club, but from the first moment he wanted him to stay. (Now) it's time to calm the waters, let the situation get back under control."