Messi was never realistic for Manchester City but Mbappe might be, claims Mills

Messi was never realistic for Manchester City but Mbappe might be, claims Mills 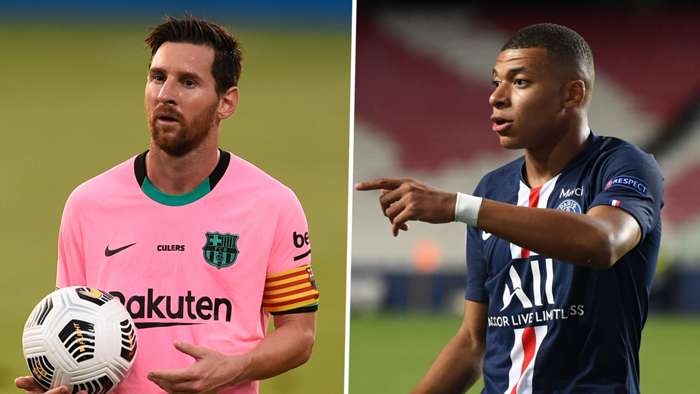 Lionel Messi was never “realistically a possibility for Manchester City”, claims Danny Mills, but the former Citizens star feels Kylian Mbappe may be an option worth exploring in 2021.

Any hope they had of pulling over a stunning swoop was ended when Messi revealed to Goal that he will be staying put, and Mills doubts that a deal was ever in the pipeline.

He told Gentingbet: “I don't think Messi was ever realistically a possibility for Man City to sign. Had he been on a free transfer, then perhaps there might have been a possibility but without that, it was always going to be very difficult.

“It's a strange one with Lionel Messi. He is, in my opinion, the greatest player that I've ever seen. He is absolutely sensational. When you see him live, he's even better than when you watch him on the television. But there is a case of where would Man City have fit him in?

“Of course, he is Messi so you fit him in no matter what but how does he fit into Man City system? Does he play instead of Sergio Aguero, does he play in the No 10 rolebehind Aguero? Or do you play out wide instead of Raheem Sterling or whoever else that might be? Does it disrupt the balance of the team?

“So, yes, everybody would love Messi but actually, I don't think it makes a huge difference to the way that City play and the quality that they have.”

While questioning whether an Argentine icon can be prised from Barca’s clutches, Mills feels that World Cup winner Mbappe may become a target for City as he reportedly begins to weigh up his options at Paris Saint-Germain.

“Mbappe would be an amazing signing for Man City but they need to consider all the ramifications around financial fair play,” Mills added. “Also, where does he fit in? Would he be the No 9? Would he be the replacement for Aguero if Gabriel Jesus doesn't quite step up and become the player that Manchester City are hoping for.

“The problem is that a week is a long time in football, and a year is even longer. Mbappe will have the Euros next summer and after this season, who knows who else will be in for him.

“You also need to consider where Mbappe will want to go – does he want to go to Barcelona, Real Madrid or Bayern Munich. One thing is for sure, he is that good that he will decide where he wants to go, no matter who wants him.”

Another former City star, fan favourite Shaun Goater, added on the prospect of seeing Mbappe in Manchester: “I would say that if a player is interested and making signs or noises that he's wanting to move on, and Kylian Mbappe comes into that conversation of, world's best players, and still has a lot of promise, my initial thinking would be why not?

“I do think it's more about the personality of the player, it’s about whether his personality suits and mixes well with City and if City feel so then I think they probably would go for it.

“The interesting thing is because they know they can go ahead with it, and if it worked out, then you’ve got a player that can give you his best for the next 10 years, because he’s so young.