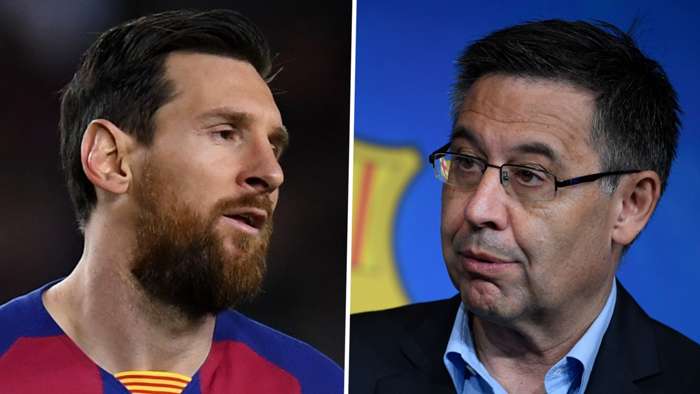 Barcelona president Josep Maria Bartomeu has addressed the speculation surrounding the future of Lionel Messi, insisting that the Argentine superstar will remain at the club for the rest of his career.

The rumour mill was sent into overdrive earlier this week when Cadena SER claimed Messi was ready to quit Barcelonawhen his contract expires next summer.

Goal has previouslyconfirmed that Messi does not want to leave Camp Nou- but he is immensely frustrated with how the club is presently being run, with the suspension of talks over a contract extension evidence of his dissatisfaction.

Messi has yet to publicly comment on the rumours, though his silence in itself is telling and believed to be vote of no-confidence in Bartomeu’s stewardship, whose position is now looking increasingly perilous as a result.

The presidential elections, originally scheduled for next year, may now be brought forward in the hope it may placate Messi and prevent one of the game’s greatest ever players leaving the club where he has spent his entire career.

That prospect has been swiftly dismissed byBartomeu himself, who remains confident the 33-year-old will sign a new contract and see out his playing days at the Catalan giants.

"I am not going to give details but Messi has said many times that he will end his football life in Barcelona,” he said.

“We are focused on the competition and there are negotiations with many players. Messi wants to continue and wants to end his career here. He has many years left and we are going to enjoy him for much longer."

Messi once again displayed his enduring influence on the side with two assists in Sunday’s 4-1 win at Villarreal. The Argentine now has 19 La Liga assists for the season - the most prolific of his career to date.