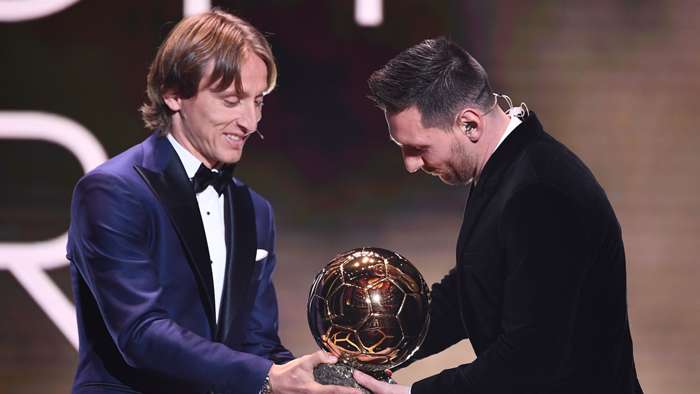 Zinedine Zidane's side claimed the La Liga title last season as Real claimed their biggest piece silverwarein the aftermath of Ronaldo's move to Juventus in 2018.

Though Los Blancos have struggled in the Champions League since they lost their Portuguese star, they have eventually adapted to his absence.

With Lionel Messi now himself pushing for an exit from Barcelona, Modric sees parallels between the two situationsand is backing other players to fill the void that the Argentine would leave behind.

"It would be a huge loss. Like when Cristiano left. But you can't think about the past. It's football and that's it," Modric told AFP.

"If it happens it will be a huge loss for the prestige of the league.But we need to go forward. Other players will become stars.

"When Ronaldo left, the same thing happened, the life of Real Madrid went on without him and it will be the same for Barcelona and La Liga without Messi."

After coming up short in La Liga two seasons running, Real finally reclaimed the title in their most recentcampaign as they finished five points clear of Barcelona.

Modric, who himself turns 35 this month, believes age is on Madrid's side as they look to claimmore silverware across the 2020-21 season.

"We don't have a young team but we have an experienced team. We have young players, who will get better. I don't know if we will buy players but even if it stays like this, we have enough quality," Modric said.

"We showed it in La Liga and we know we can do it again. After the suspension, we came back so motivated. We missed football, we missed winning games.

"We had worked so hard, I think physically we were the best team in the league and that's why we won it. It was my second La Liga title and I want to win more."