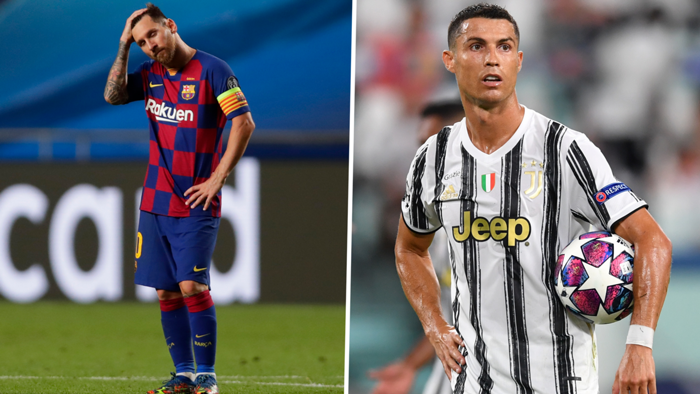 For the first time in 15 years, both Lionel Messi and Cristiano Ronaldo will miss out on the Champions League semi-final.

That result followed another disappointing Champions League exit for Ronaldo and Juventus, who were bounced by Lyon last week in the round of 16.

Those two results mean that for the first time since the 2004-05 Champions League – a competition that ended with Liverpool's memorable comeback win in the final over AC Milan – neither Messi nor Ronaldo have reached the final four.

It also meant that for the first time since the 2006-07 Champions League, there will be no Spanish sides in the semi-finals. Ronaldo reached the last four that year as a member of Manchester United, who fell to eventual champions AC Milan in the semi-final.

This year could be just a blip, or it could mark the beginning of the end of an era that has seen Messi and Ronaldo establish their dominance of European club football.

Messi has taken home six Ballons d'Or while Ronaldo has five, with Luka Modric in 2018 the only player to have won the award other than Messi or Ronaldo since 2008.

The Argentina superstar has also won the Champions League on four occasions, though he has not won the competition since the 2014-15 edition.

Messi has been bested in that particular category by Ronaldo, who has won the Champions League five times: once with Manchester United and four times with Real Madrid.

The pair's dominance has led to plenty of debate over who is superior, with Messi's former Barcelona team-mate Arda Turan recently underlining why he prefers the Argentina man over the Portuguese.

"Messi is present in every moment of football. He can dictate the game in every aspect," Turan toldbeIN SportsTurkey.

"There's nothing bad to say about Ronaldo but he's a goalscorer, albeit a very special one. Messi does everything in this game. He does things you can't even imagine to do. His intelligence, his vision, his passing are all much different. And every person I have talked to about this agrees with me.