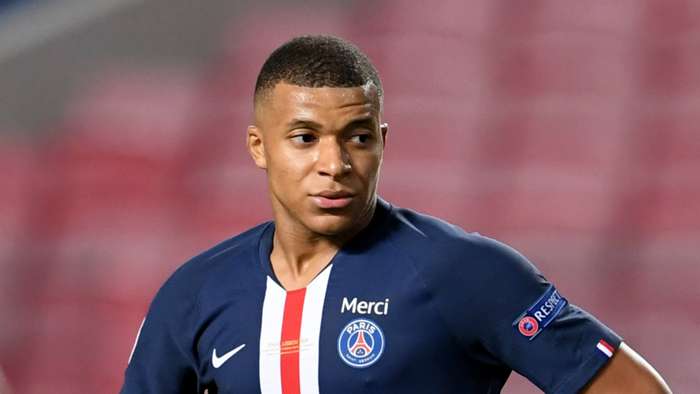 Kylian Mbappe would be a "stratospheric" signing for Real Madrid but a move is not financially feasible, according to the Spanish club's former president Ramon Calderon.

However, Mbappe still has two years to run on his PSG contract and would command a huge transfer fee, which Calderon feels no team can justify in the current climate.

"No doubt Mbappe is a player who everyone would like to sign. He has greatpotential,and he is very young," he told Stats Perform News.

"He reminds me a lot of Ronaldo, the Brazilian, becauseofhis strength and his capacity to score goals. No doubt, he would be a great transfer.

"I don't know if Real Madrid are able to do it now. It would be a stratospheric transfer. He has a contract with PSG– theywill not give him away for free.

"On the other hand, we are into a very expensive deal with the rebuilding of the new stadium. It is up to €1 billion. So, it is difficult.

"But if the president thinks it can be possible, he will do it. However, I guess the economy will not be the best, especially at this time, when there will be financial issues at every club.

"The costs of transfers will totally change. They will go down,and alsothe salaries of the players will go down.

"So, it is basically an economic point. First, the player needs to ask for a transfer request and the financial agreement will come after.

"But, again, the financial agreement for Mbappe is not easy – it cannot be done by anyone."

Madrid's most recent marquee signing, Belgium forward Eden Hazard, failed to make much of an impact in his debut season after joining from Chelsea last year.

Hazard suffered from a series of injury issues and featured just 22 times in all competitions, but Calderon expects to see a lot more from the 29-year-old this coming season.

"We know he was a great player in the Premier League," Calderon said. "A fantastic player–somuch talent and skill.

"But he did not play as regularly as Madrid demand oftheirplayers. Chelsea area big team, but Chelsea players don't have to handle the pressure that Real Madrid players have.

"I have dealt with it. When they come here, you face the most difficult time of your career. Youhave togive 150 per cent and the fans are extremely demanding.

"So, we have to wait. It is only the first year, a year of adaptation. He also struggled with injuries. I believe he could show his talent the following year.

"It has happened before with other players when they couldn't perform the first season and the second one has been totally different. Hopefully, that will be the case."

Zinedine Zidane guided Madrid to their first La Liga title in three years in 2019-20 – his 11th trophy in three seasons as head coach across two spells in the Spanish capital.

The Frenchman's future hassometimesbeen called into question, however, and Calderon has backed former Tottenham boss Mauricio Pochettino to take over once Zidane does eventually moveon.

"However, again, this is a very complicated club and so demandingof everyone. From that point,they have built theirhistory.

"That demand makes every player know they need to be at 100 per cent in order to fight for all the trophies.

"I believe Zidane will stay, but it is true he already left once. He is not engaged toanyone,even thoughhe has already shown his commitment to Real Madrid.

"I think he didn't plan at the beginning to become manager.But he finally decided to be manager and he has reached a pointthat will bevery difficult toequal formany years.