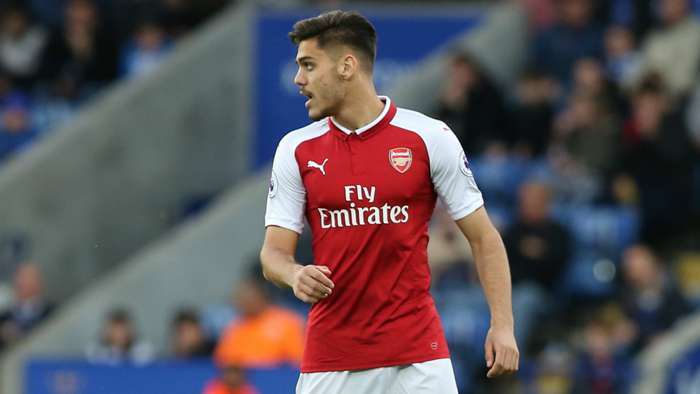 Konstantinos Mavropanos has signed a new contract at Arsenal and agreed a season-long loan spell at Stuttgart for the 2020-21 campaign.

He took in 12 appearances for the 2. Bundesliga club after linking up with them in January.

His efforts helped to steer them clear of relegation danger, with his stock rising in the process.

Interest was shown in his services from a number of top tier clubs in Germany, with Goal learning that Werder Bremen were competing with Stuttgart for a prized signature.

The latter have emerged victorious in that battle, with Mavropanos about to be reunited with the familiar face of Sven Mislintat.

Arsenal’s former head of recruitment was the man to put a deal in place which took the promising Greek star to north London.

He is now sporting director at Stuttgart and remains convinced of the potential in Mavropanos’ game.

The youngster is yet to showcase that talent in north London, with just eight competitive appearances made for Arsenal, but the Gunners still hold him in high regard.

With one eye being kept on the future, they have made sure to tie Mavropanos to fresh terms before sanctioning another switch elsewhere.

The Premier League outfit said in a statement on their official website: “Dinos Mavropanos has signed a new contract with us and will join VfB Stuttgart on loan next season.

“Everyone at Arsenal sends their congratulations to Dinos and wishes him all the best for his time with Stuttgart.

“The loan is subject to the completion of regulatory processes.”

His lack of first team football in England is down to a lack of top-level experience and fierce competition for places.

Another stint in Germany should aid his cause, while the Gunners remain in the market for reliable options to plug leaks in their back line.

The likes of Sokratis, Rob Holding, Calum Chambers, Shkodran Mustafi, Pablo Mari and David Luiz have all been ahead of Mavropanos in the pecking order.

Few have convinced, with William Saliba about to further bolster the ranks once he completes a move from St Etienne that was lined up in the summer of 2019.