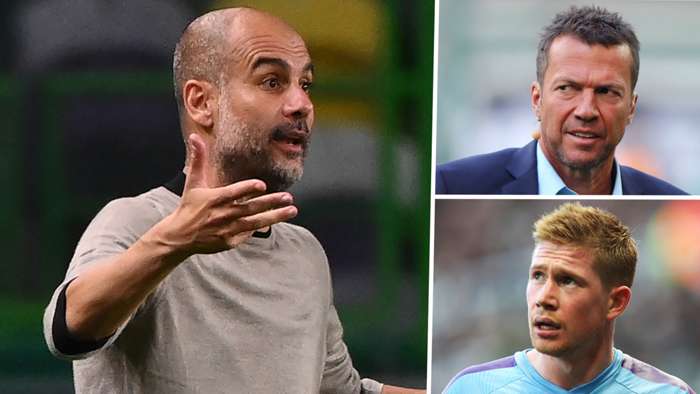 Joshua Kimmich's wonderful chip proved decisive at Signal Iduna Park as Bayern opened up a seven-point lead at the summit that they would only extend.

Favre left attacker Jadon Sancho and Emre Can on the bench until half-time due to fitness concerns, which Matthaus believes proved costly in the grand scheme of things.

And in his latest swipe at Manchester City boss Guardiola, who he described as "egocentric" earlier this month, Matthaus accused Favre of unnecessarily tweaking his side.

"Not starting Sancho and Emre Can in a top game like against Bayern made the difference in the 1-0 defeat in the second half of the season," he told Sport Bild .

"It reminds me of Pep Guardiola's mistake in the Champions League against Lyon when he put Kevin De Bruyne on the right instead of his regular position."

Dortmund thrashed Duisburg 5-0 in round one of the DFB-Pokal on Monday and take on Borussia Monchengladbach in their opening 2020-21 Bundesliga fixture this weekend.

Despite last term's runners-up keeping hold of most of their key players this window and adding Jude Bellingham, Thomas Meunier and Reinier, Matthaus cannot see past a ninth title in a row for Bayern.

"Dortmund would become champions if Bayern weren't in the Bundesliga," he said.

"Otherwise, BVB need a 100-per-cent season and Bayern to make mistakes at the same time. But it was Favre who made these mistakes last season."

Guardiola and City, meanwhile, play their first Premier League game of the 2020-21 campaign on September 21 as they face Wolves away from home.