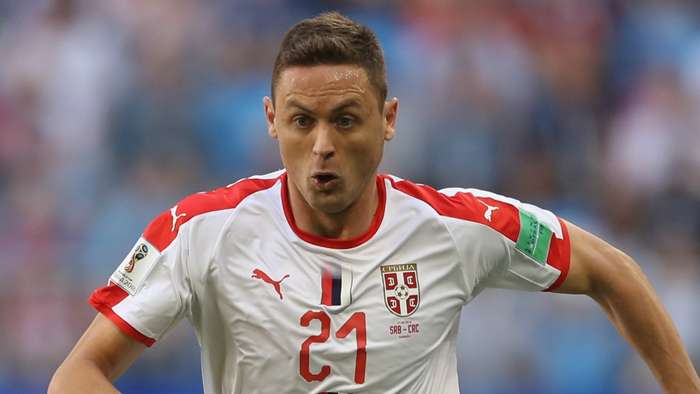 Nemanja Matic has decided to call time on his international career with Serbia, allowing the experienced midfielder to focus his full attention on events at Manchester United.

He no longer wishes to be considered for selection by his country, with the path being cleared for a new generation to step up in his absence.

Serbia had been hoping that Matic would stay on for the foreseeable future, as they can still qualify for next summer’s European Championship.

That event is among those to have been pushed back by 12 months amid the coronavirus pandemic.

Matic could have lined up in a play-off semi-final meeting with Norway had he kept himself in contention.

The winners of that contest will then face either Scotland or Israel in November for the right to compete in the rescheduled Euro 2020.

Serbia, though, will have to make do without Matic and find an alternative option to fill an important role in the middle of the park.

Vladimir Matijasevic, sporting director of the nation’s football federation (FSS), told reporters of a big call from Matic: “Other than saying it was time for younger players to take over, Matic did not state any other specific reasons for quitting.

“We respect his decision. He is 32 years old and he's had an exerting club season.

“European club football is demanding and hence we are aware that we'll have to inject fresh blood into the national team.

“We've got several players who are over the hill and we realise that some of them may call time on their international careers in the next year or two.”

Prior to facing Norway in the Euro play-offs, Serbia have UEFA Nations League outings against Russia and Turkey to take in at the start of September.

Only three members of the squad named for those fixtures – Aleksandar Kolarov, Stefan Mitrovic and Dusan Tadic – are over the age of 30, with 13 of those selected aged 25 or under.