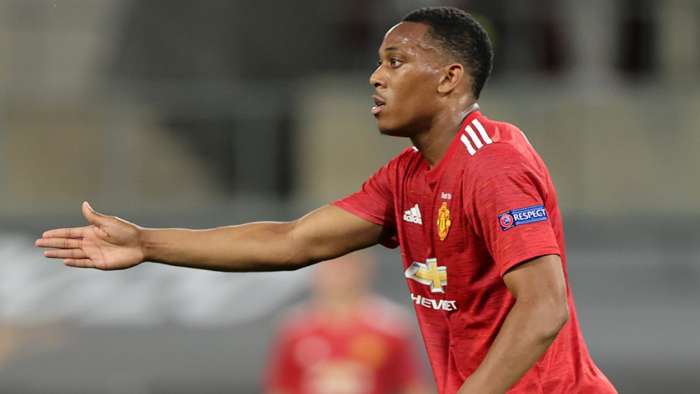 Robin van Persie hailed Anthony Martial as "world-class" after Manchester United's win over Copenhagen and described him as "a joy to watch" in full flow.

Ole Gunnar Solskjaer's men had 14 shots on target during the game and hit the post twice, with the breakthrough finally coming via a Bruno Fernandes penalty in the first half of extra time.

Martial was the man who won the spot-kick to cap a productive night's work, as he jinked his way through the Copenhagen defence on a number of occasions to set up some of the Red Devils' best chances.

The Frenchman wasn't able to add to his tally of 23 goals across all competitions, but Van Persie felt he was the standout performer once again in a game of fine margins in Germany.

"The outstanding player for me tonight was Martial," the former United striker told BT Sport. "When he switches it on he’s just too fast, too silky and wow, what a player!

"He is such a joy to watch. It’s like he’s having a kick-about in his own garden.

"That’s why I think he’s world-class. He can provide, he can give assists, he dribbles, he’s fast but he has great awareness of what’s around him."

Paul Scholes, another legendary Old Traffordfigure, echoed Van Persie's sentiments on Martial, while expressing his belief that the 24-year-old has become a completestriker under Solskjaer's stewardship.

"I like him, I’ve always liked him," said the ex-United playmaker. "I thought is he a Number nineor is he a wide player? He’s turned himself into a number nine with every game I watch more and more.

"I think when he squares a player up and gets a run at him I think he’s unstoppable. I don’t see how you stop him. He’s only started showing it lately.