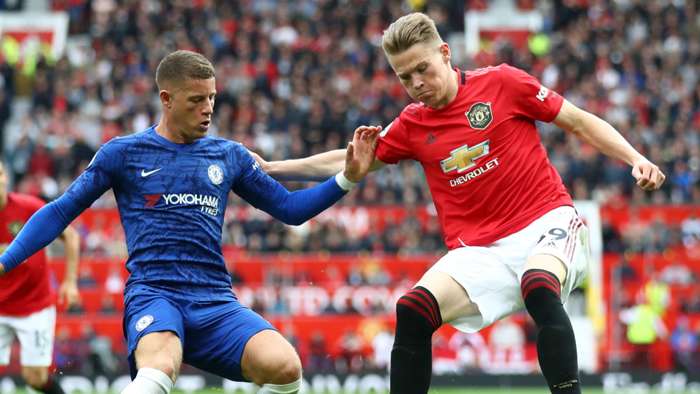 Manchester United will be out for FA Cup revenge when they welcome Chelsea to Old Trafford in Sunday’s semi final.

However, having failed to win any of the six subsequent meetings since that triumph, they are 21/10 (3.10) outsiders with bet365 to pull off another memorable cup win here.

Ole Gunnar Solskjaer’s team has not tasted defeat in 19 fixtures in all competitions, and can be backed at 13/10 (2.30) to move one step closer to silverware with another victory.

The guests have gone 10 games without a draw in all competitions, but there are odds of 9/4 (3.25) available on them taking this game into extra-time following a deadlocked 90 minutes.

Luke Shaw and Brandon Williams could be back in contention following injury, although Axel Tuanzebe and Phil Jones remain sidelined.

Andreas Christensen could be in line to start after recovering enough from injury to take his place on the substitutes’ bench against Norwich, while N’Golo Kante may also be fit to return but Billy Gilmour is ruled out.

Although ahead in the Premier League table, Frank Lampard’s men have struggled to compete with the Red Devils in head-to-head matches this season - losing three times already this season.

Having suffered a 4-0 defeat on the opening day of the season in their previous visit to this ground, they will arrive here in a slightly apprehensive mood after losing against West Ham and Sheffield United in their last three away games.

This is in stark contrast to United, who are unbeaten in their last 12 games with eight wins and four draws since losing to Burnley in January.

Indeed, a Manchester United team in excellent form and looking irrepressible in attack is surely worth backing at 13/10 (2.30) to claim a fourth win of the season over a Chelsea side that has struggled on the road recently.