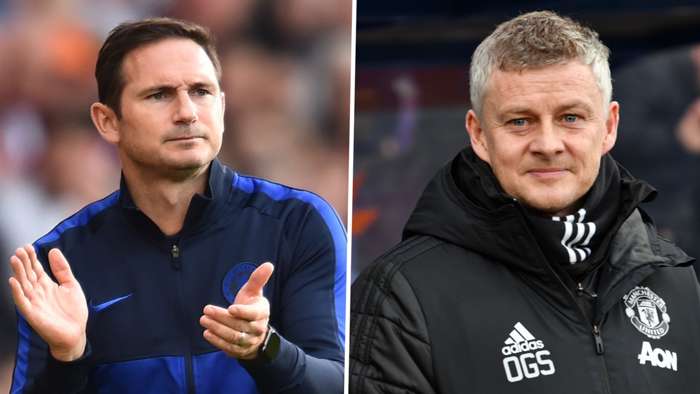 Frank Lampardthinks that all eyes will be on Manchester United versus Chelsea on Saturday, despite the two clubs having struggled to compete for the Premier League title in recent seasons.

With Man City having got 100 points in 2018 and both theyand Liverpool coming close to matching the feat since, there has been a huge gap between them and the chasing pack.

Lampard believes that his side will ultimately compete at the very top of the division and he regards Ole Gunnar Solskjaer's side as a huge challenge ahead of their trip to Old Trafford on Saturday evening.

“It certainly does mean a lot," Lampard said in his pre-match press conference: "We have played them a lot, in two cup competitions as well as the league. They are a quality team, individuals and organisation.

"They went to Paris and got a fantastic result, and everything is very close in the league. It’s an opportunity to get some very hard-earned points, but it will be a tough match.

"I think the league's unpredictable, you can analyse all the games; you talk about certain games were big teams have conceded a lot of goals or there have been big turnarounds in games.

"We've been part of one of those, and so have others. So I'm not interested in that, I think Man United are a very good team, we've played them enough last year to know that and I'm not concerned about what might have happened in games before. We'll take them at face value."

Chelsea have won just two of their first five games but United, who have played a game less, have also won only two and suffered a 6-1 defeat at home to Tottenham.

From Lampard's perspective, he is still trying to get his team to gel after a disrupted pre-season due to the coronavirus pandemic has impacted his ability to mix in his group that sawsix new players arrive at a combined cost of £220 million ($275m).

That includes both Hakim Ziyech and Edouard Mendy who have only managed a few appearances apiece but look set to play key roles in the season.

"There will be moments when you rely on them to help you in tough times and also to push the good times along and to try and improve every day. I don't think you can get on in elite sport, in any elite team sport, with people without any personality and character in your team.

"I have seen that with Hakim and I have seen it in Edou Mendy as soon as they came through the door. Hakim has confidence about him and his fitness is coming on individually and he still need time to get up his match fitness now his injury has cleared up.

"Both of those will be great additions on that front and I encourage personality and communication between players. We need more of that."