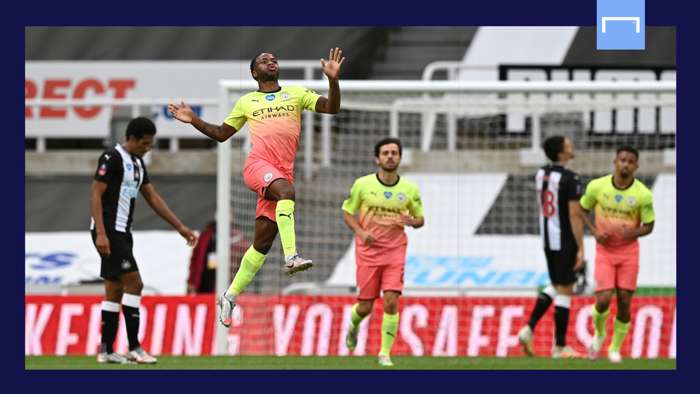 Manchester City will be determined to bounce back from defeat when they welcome Newcastle United to the Etihad Stadium for Wednesday’s Premier League clash.

The Citizens went down 1-0 at home to Southampton at the weekend, a major shock following their emphatic 4-0 victory over champions Liverpool.

Having won their last 10 home league games against this opposition by a combined 34-7 scoreline, they are overwhelming 1/8(1.13) favourites with bet365 to return to form with a victory here.

However, Steve Bruce’s men have taken four points from the last two meetings between the sides, and are available at 20/1 (21.00) to pull off an upset by coming out on top or 8/1 (9.00) to earn a creditable draw.

Sergio Aguero is the only injury absentee for the hosts, who are likely to bring Kevin De Bruyne back into the starting line-up after he came on as a substitute at St Mary’s.

Isaac Hayden and Sean Longstaff may not play again this season after picking up hamstring injuries, while Ciaran Clark and Florian Lejeune are also sidelined.

The Magpies set up extremely defensively when the sides met in last month’s FA Cup quarter-final, managing less than 25 per cent possession and just a single shot on target in their 2-0 defeat.

However, they are likely to play with more freedom at the Etihad considering there is little at stake, with confidence high after scoring six times in their two matches since that cup tie.

Pep Guardiola’s team has certainly shown itself vulnerable in recent weeks, losing two of the last three matches against Chelsea and Southampton.

In fact, odds of 6/5 (2.20) are well worth backing on both teams finding the net for the seventh league meeting in eight between City and Newcastle.