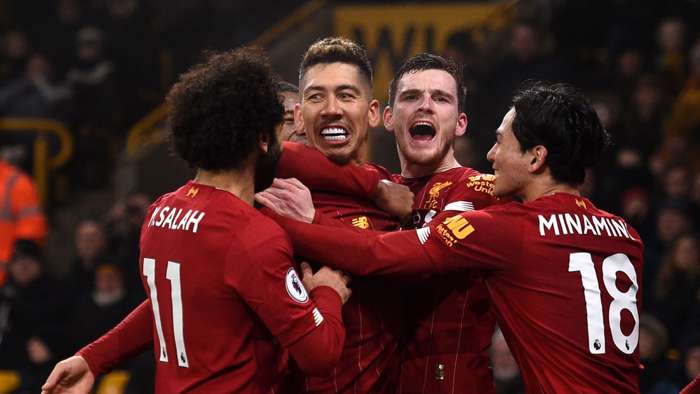 Newly-crowned Premier League champions Liverpool will be looking to celebrate their title in style when they travel to the Etihad Stadium to take on Manchester City on Thursday.

The Reds saw their 30-year wait finally come to an end last week, with Chelsea’s victory over City ensuring the title race is wrapped up with a record seven games left to play.

Having won four and lost just one of the last seven meetings between the sides, they are available at 23/10 (3.30) with bet365 to mark their achievement in fitting fashion by coming out on top against last season’s champions.

Pep Guardiola’s men have lost two more league games this season than in the two previous campaigns combined, but are 21/20 (2.05) favourites to spoil their guests’ party with a victory here.

There has only been one draw in the last 13 league encounters between this duo, but you can get odds of 29/10 (3.90) on them cancelling each other out on this occasion.

Sergio Aguero is ruled out and Eric Garcia remains doubtful, while Fernandinho will miss out due to suspension following his red card at Stamford Bridge.

Xherdan Shaqiri, James Milner and Joel Matip are all unavailable due to injury, with the latter unlikely to play again this season.

Considering they did not clinch the title while in action on the pitch, Jurgen Klopp’s team will be eager to show what they can do at the home of the previous champions.

Meanwhile, the Citizens will be determined not to play a supporting role in a title celebration, with motivation unlikely to be an issue despite the lack of incentive in terms of points.

With both teams keen to impress and neither under any pressure to pick up points, the stage is set for the kind of open, exciting encounter we’ve seen in recent seasons.

Indeed, odds of 4/5 (1.80) are surely worth backing on over 2.5 goals being scored and both teams getting on target for the third consecutive league meeting between Manchester City and Liverpool.