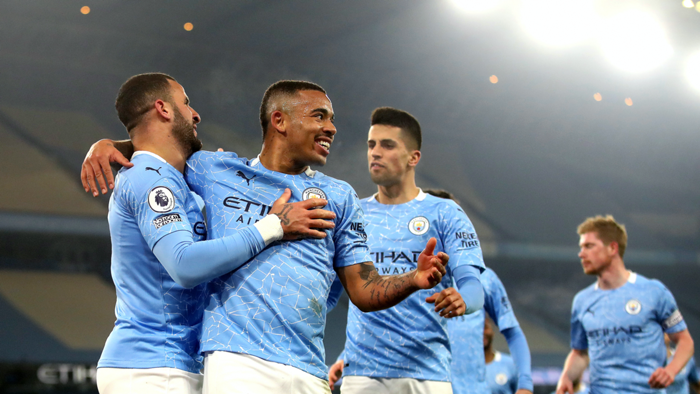 Manchester City will be hoping to book their place in the quarter-finals of the Champions League when they face Borussia Monchengladbach in Hungary in the second leg of the last 16 on Tuesday.

The Premier League leaders eased to a 2-0 win in Germany three weeks ago and, having won four of their five games since then, will fancy their chances of a similarly-routine win at the Puskas Arena in Budapest.

Having won 23 of their last 24 matches in all competitions, bet365 make City just 2/9 (1.22) to maintain their momentum with another victory here.

Monchengladbach, by contrast, have lost their last six matches and are 10/1 (11.0) outsiders to give themselves a chance at qualifying by coming out on top in Budapest.

Pep Guardiola has no injuries or suspensions for this one, with Raheem Sterling, Kevin De Bruyne and Ilkay Gundogan all set to start after being rested at the weekend.

Ramy Bensebaini and Christoph Kramer are both missing for the visitors.

A professional performance in Hungary should be enough to see City through this one, but they are not likely to rest on their laurels as they look to reach the quarter-finals for the fourth season in a row.

Comfortable 5-2 and 3-0 wins over Southampton and Fulham, respectively, in the last week should mean morale around the club is sky-high and the second leg has every chance of being just as routine as the first for Guardiola’s men.

Monchengladbach could not be in worse form for this pivotal tie, with Marco Rose’s side currently 10th in Bundesliga and without a victory in their last eight games in all competitions – scoring only five and conceding 14 times in that span.

Given the contrasting form between these two sides, it is all set up for City to qualify without breaking much of a sweat and bet365’s price of 21/20 (2.05) on them winning to nil again looks the best bet for this Champions League clash.