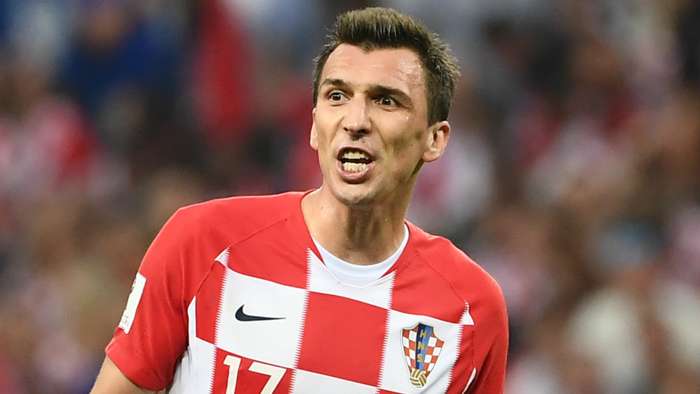 Manchester United should be looking to “go and get Mario Mandzukic on a free”, says Owen Hargreaves, with the Red Devils still in the market for another goalscorer.

That exciting trio have earned plenty of plaudits, with obvious comparisons being made to Liverpool’s title-winning trident of Mohamed Salah, Sadio Mane and Roberto Firmino.

Odion Ighalo also comes into the mix at Old Trafford, with the Nigerian frontman having seen his loan deal extended through to January 2021.

The general consensus, however, isthat United will look to further bolster their options during the summer transfer window.

Solskjaer has been urged by many to launch a big-money raid for Tottenham striker Harry Kane, but Hargreaves feels experienced Croatian Mandzukic could be a shrewd cut-price addition.

He told BT Sport of a player who severed ties with Qatari outfit Al-Duhail in July: "Maybe you go and get Mario Mandzukic on a free, a different type of centre-forward.

"Defensively they're one of the better teams in the Premier League but in terms of goalscoring they were well behind Liverpool and Man City.

"So you could do with a 20-goal goalscorer but I think I'd take Jadon Sancho first and then maybe get Mandzukic on a free."

No deal has been done as yet, as the Red Devils see their patience tested, but Hargreaves hopes an agreement can be reached that benefits all parties.

"Mason Greenwood's done magnificent. But look at Sancho's numbers, 17 goals, 16 assists. Those numbers are outrageous at this level for his young age.

"He gives them goals and assists, I think the other guys do but I think Jadon just gives you something really, really special.

"He's one of the best dribblers of the ball, he's creative, he plays off the cuff, he's almost unplayable one v one.

"I'm all for it, I think he's just what they need really.