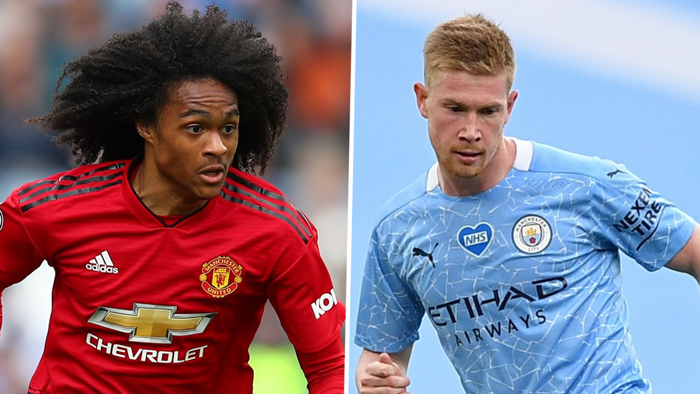 Tahith Chong says he hopes to follow in the footsteps of Manchester City star Kevin De Bruyne by flourishing at Werder Bremen, after joining the German side on loan from Manchester United.

The likes of De Bruyne and Serge Gnabry spent a season with Bremen before moving on to bigger and better things, with the Belgium star going on to shine for Wolfsburg before returning to England while the latter is now impressing at Bayern Munich. Chong hopes his spell at Bremen will help advance his career, too.

"It’s definitely in the back of your head when you come here," he told Bremen's website. "The club’s history and reputation for helping players like Gnabry and DeBruyne advance their careers is always good to hear, so I’m sure this the right place to continue my development."

The Netherlands Under-21 international has also been in contact with Bremen midfielder Davy Klaassen and is convinced he has joined a club that is right for him.

"Once it came out that Werder were interested in me, he sent me a text to say that I should get in touch if I had any questions about the club or making the move to Germany and he’d be happy to help, which was really good of him," he added. "I’d seen him play at Ajax when I was younger so it’s amazing to be playing alongside him now!

"I already knew about the club and how big Werder are in Germany when I first spoke to the coach. The decision was a very easy one. The approach of the club is also excellent so I knew straightaway that this will be the right team for me.

"Having watched games from last season, it’s clear that there are a lot of young players coming through in the Bundesliga and that’s really exciting to see. You can see it here in Bremen as well with players who are the same age or younger than me!