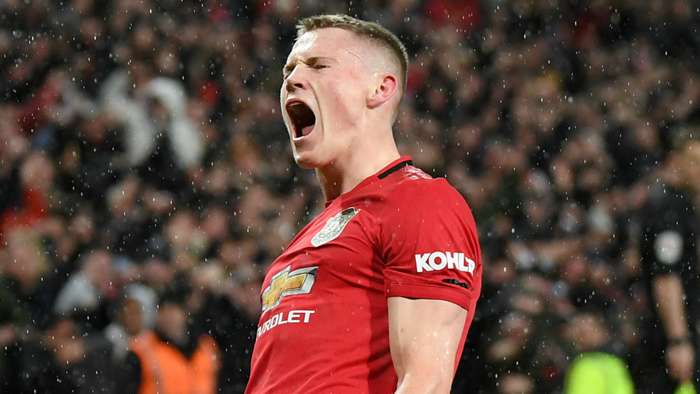 Scott McTominay is raring to go for Scotland and Manchester United, with the combative 23-year-old embracing the fact that a summer break from competitive action has been much shorter in 2020.

The Old Trafford academy graduate could be back in action for his country on Friday when Steve Clarke’s side take in a UEFA Nations League clash with Israel.

That outing comes less than four weeks after McTominay’s last appearance of 2019-20 against FC Copenhagen in the Europa League.

Pre-season has been almost wiped out as schedules are tweaked to counter the impact of coronavirus-enforced stoppages and ensure that games do not run into a rescheduled European Championship in 2021.

McTominay has no issue with the quick turnaround, with the energetic midfielder claiming to feel fresh at the start of another domestic, continental and international campaign.

“I've had a bit of time off with my friends and my family. I think it was two weeks after the Europa League semi-final.

“It is good to be back kicking a ball about. You miss it, whether it is two weeks or longer. You just can't wait to get back with all of the boys again and obviously all the staff as well are brilliant.

“The short break was a strange time for everyone, you know. Everyone is sort of at different stages - some of the lads have had Scottish league matches, some have had friendly matches and some of us, like myself, have had nothing!

“But when it has come to training, everybody has been ready. We had a little loosener and then the work started properly in the lead up to the games.”

“It is just getting a feel for the ball and everything that is going on. Obviously it is a different set-up here so you are getting used to seeing the boys again, and being back with them. Everything is positive.”

McTominay is desperate to get going again as he looks to make themost of every outing he is given for club and country.

“For me it is exactly that. I love playing football and whenever you are injured, or might not be in the team, you are just desperate to play.

“And for me that is the most important thing, to keep your head down and keep working hard. Playing for Scotland is such an honour for myself and all of my family, so it is a pleasure to be here.”