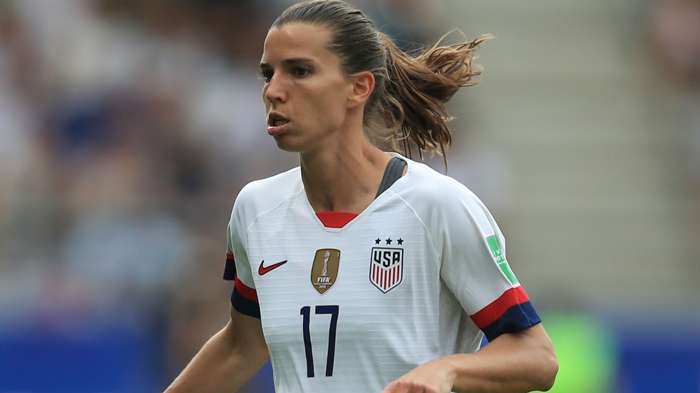 Manchester United have announced the signing of World Cup winner Tobin Heath, on a one-year deal, subject to obtaining a work permit.

Heath was part of the United States side that reached three successive World Cup finals in the 2010s, winning the tournament in both 2015 and 2019 after losing to Japan back in 2011.

The 32-year-old, who was on the scoresheet in the final five years ago, joins Casey Stoney's side from the Portland Thorns, where she has spent the last seven years in the National Women's Soccer League.

“Manchester United is an exceptional club and I’m thrilled to be joining them," Heath, who has 168 caps for her country since debuting back in 2008, said.

"I’m looking forward to the challenge of competing in England, playing with and against some of the best players in the world.

"I have big ambitions for this season and can’t wait to get on the pitch with my new team and start this next chapter.”

Heath has previous experience of playing in Europe, having turned out for Paris Saint-Germainin both the 2012-13 and 2013-14 seasons, making 23 appearances and scoring five goals.

In the USA, she has twice won the NWSL Championship and has also lifted the NWSL Shield, titles that sit alongside the plethora she has achieved at international level during her senior career.

“We are all excited to have Tobin join the club; she is an outstanding player who brings a wealth of experience to the squad," Stoney said.

"She is extremely skilful and possesses so much quality on the ball; her speed and intelligence in one vs one situations will be a real asset that will push the team forward this season, and I can’t wait to see her make her mark on the league.

"Tobin’s many accolades and trophies also show that she is a proven winner and I’m looking forward to seeing her have a real impact in the squad.”

Heath joins a Manchester United side thatstarted the new Women's Super League season with a brilliant result on Sunday, coming back to draw 1-1 with reigning champions Chelsea.