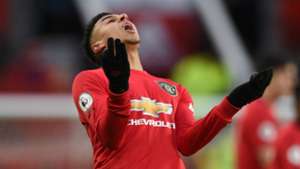 Jesse Lingard is set to be sold by Manchester United this summer, with Goal learning that he has lost the confidence of manager Ole Gunnar Solskjaer.

Lingard has been relegated to a back-up role since the arrival of Bruno Fernandes in January while the loan move for Odion Ighalo has given the Norwegian another option across the front three.

That has meant that Lingard is now only considered for less important matches, such as last week's FA Cup fifth-round win over Derby County.

The England international has recruited Mino Raiola as his new agent, which has made a move in the next transfer window far more likely.

The 27-year-old forward has a contract that runs until 2021 and little progress has been made on an extension. Raiola is also far from a popular figure at Old Trafford after his attempts to secure a move away for one of his other clients, Paul Pogba.

United are planning on bringing in at least one of Jadon Sancho, Jack Grealish and James Maddison in the summer as they anticipate the exit of Pogba to Real Madrid or Juventus.

If United plan to add another attacking midfielder and potentially another striker to the squad, that would force Lingard further down the pecking order and would make him a candidate to raise funds for the planned rebuild.

It is understood that Lingard regards himself as one of the best number 10s operating in European football, which is at odds with Solskjaer's appraisal of the player.

Solskjaer has been underwhelmed by his performances on the pitch this season and there are questions over how he applies himself in training, leading to the manager demanding that he improves his work ethic and performances for the rest of the season.

If Lingard is unable to raise his game over the remainder of the campaign then it is assumed that he will be moved on, which would be facilitated by Raiola, an agent with some of the widest connections in European football. There is no indication of any strong interest from other clubs as yet.