Jurgen Klopp expects an "open race" as multiple teams compete for Premier League glory this season, insisting it will not just be a shoot-out between Liverpool and Manchester Ci... 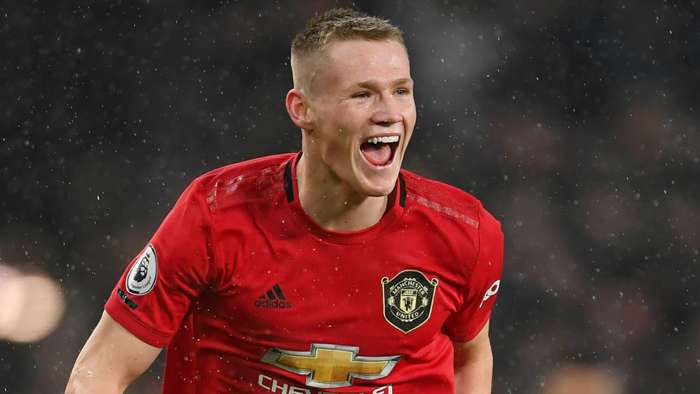 Manchester United need to be getting Scott McTominay back into their side alongside Paul Pogba, says Dimitar Berbatov, with the former Red Devils striker considering it “strange” that a combative Scot is being overlooked.

The Serbian’s performances have earned him a contract extension, but fresh terms have also been put in place with McTominay.

The 23-year-old Old Trafford academy graduate has endured injury issues at times, but will be disappointed to have seen just two Premier League starts since competitive action resumed in mid-June.

Berbatov believes Solskjaer needs to be getting McTominay’s energy back into his first-choice XI, while also addressing the obvious weaknesses in United’s ranks during the summer transfer window.

The ex-Red Devils frontman told Betfair after seeing a third semi-final defeat of the season suffered at the hands of Sevilla in the Europa League: “The defeat showed that United need to strengthen their squad this summer. They need a centre-back for sure.

“Midfield and up front seems to be ok.Paul Pogbalooks likely to stay and I would like to see Scott McTominay get back in the team.

“But United need more depth, Ole made his first substitution very late against Sevilla when things weren't going well. It does show he trusts his first 11 a lot, but maybe it shows he doesn't trust his bench so much. There will be lots of games next season, and theyneed to have the squad to be ready.

“I findMcTominay's situationreally strange. He is fit and ready, he got his contract extension, but he doesn't play. Is it because Matic and Fred play really well? I am not sure, but I like him a lot, so hopefully he can pick up the pace next season and get back into the team.

“United need to model themselves on Man City and Liverpooland aspire to that level.

“Sevilla was a test I thought United would pass, but it is a lesson learned for them. You can't blame inexperience either because they are plenty experienced as players. United have a lot to work on to reach the level of City and Liverpool now.”