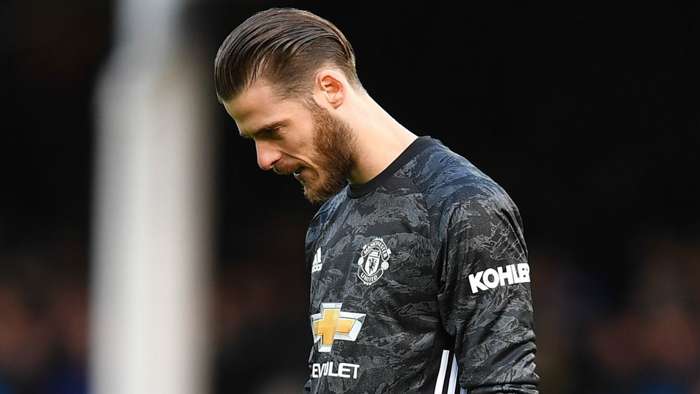 Manchester United will need to have "a serious think" about the future of David de Gea, former Red Devils goalkeeper Mark Bosnich says.

The United manager kept faith with the Spain international and he kept a clean sheet in the 2-0 win over Leicester City on the last day of the Premier League season, which secured the Red Devils' top-four finish.

De Gea has been named United's player of the year four times in six seasons but a worrying number of mistakes have crept into his game over the past two years.

Indeed, since the start of 2018-19, he has made seven errors leading to goals in the Premier League – only Martin Dubravka and Jordan Pickford (eight) have committed more.

Bosnich, a league champion with United in 1999-2000, is backing De Gea to recapture some of his best form but thinks United must give serious consideration to the future of Dean Henderson or the prospect of bringing a younger keeper through to compete with their number one.

"I do believe he will prove himself again, he's been outstanding for such a long time," Bosnich told Sky Sports News.

"Obviously, when you start making mistakes as he has done in the last six to 12 months, people start opening their eyes and because it has happened in certain situations which have cost Manchester United – for example, the FA Cup semi-final – people start asking questions.

"Also, having someone like Dean Henderson playing so well at Sheffield United on loan, and being on Manchester United's books, it is only natural that people are going to ask if he is up to it.

"The people who truly know that will be Ole and his staff. They see him day in, day out, they made a decision to go with him even after the FA Cup debacle.

"He proved them correct, they qualified for the Champions League but going forward they really need to have a serious think about this.

"Even if they do decide to stay with him, which I believe that they will, and if Dean Henderson wants to stay out on loan, which is understandable to play first-team football, I would seriously consider bringing in a really young up-and-coming goalkeeper.

"When I say young, I would say less than 20 years of age because he De Gea is obviously not getting the competition he needs right now at this moment in time."

Bosnich thinks part of De Gea's drop in standards has been born out of a technical flaw in his methods, which has affected him mentally.

"The problem has gone from being a technical problem, which was quite evident when he was diving backwards, which he was doing a lot, and that started to infiltrate into his head," he said.