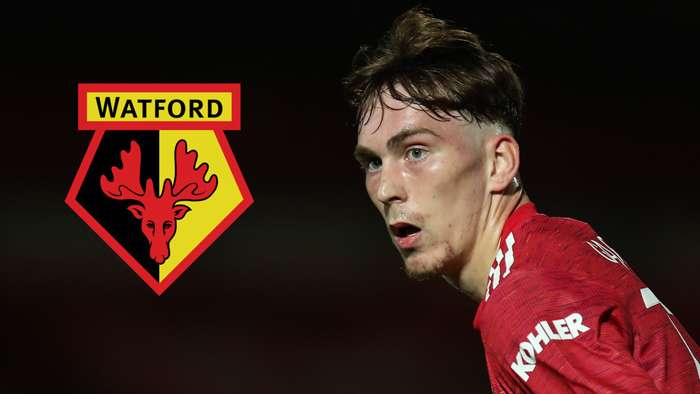 He was named U-23’s Player of the Season earlier in the week and has now secured a loan move to Watford to further his development.

A number of other clubs including Huddersfield and Sheffield Wednesday had been interested in taking the midfielder on loan for the season but he agreed terms with the Hornets and is available for their clash against Sheffield Wednesday this weekend.

Garner will wear the No.16 during his loan spell and will be looking to secure a starting position as he pushes for more regular game time.

The midfielder, who scored eight goals in 10 Premier League 2 fixtures last season, is the latest youth prospect to agree a loan move. Tahith Chong is already impressing at Werder Bremen while Matej Kovar has already made three appearances for Swindon Town.

Dylan Levitt, who has joined Charlton for the season, made his debut in their 3-0 defeat to West Ham in the CarabaoCup in the week while Joel Pereira was on the bench for Huddersfield as they lost in the league to Norwich.

It is possible a couple of other U-23players could head out on loan before next month’s deadline with the club keen to push their progression. One player who will not be going anywhere, however, is centre-back Teden Mengi.

The 18-year-old has impressed at U-23level and earned a call-up to the first team in lockdown making his debut in the home win against LASK at Old Trafford in August.