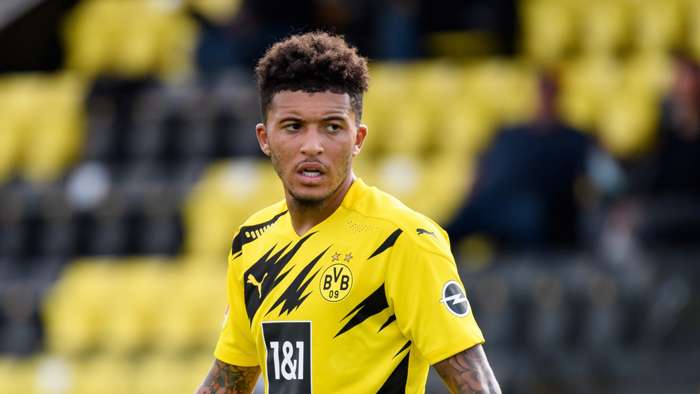 Manchester United have made progress in their negotiations to try and sign Borussia Dortmund winger Jadon Sancho, Goal understands.

The England international remains a priority target for Ole Gunnar Solskjaer and the club have continued with discussions to sign the former Manchester City man despite the German club’s sporting director Michael Zorc insisting he won’t be moving anywhere.

It is understood United are still adamant they will not pay the €120 million (£108m/$142m)fee Dortmund are holding out for, however the club are continuing with constructive discussions.

United are keen not to repeat any mistake they made with Alexis Sanchez when his huge wages upset the team's structure and have been wary of that issue during talks.

It is understood there has been some progress made with Sancho’s agent in terms of wages and fees.

Going into the transfer window Sancho was United’s priority transfer target but the club are willing to walk away from a potential deal should a realistic fee not be agreed between the two clubs.

Consequently, they have been keeping an eye on other targets with Juventus winger Douglas Costa and Barcelona forward Ousmane Dembeleon the club's radar.

United have strengthened already in the window by bringing in midfielder Donny van de Beek from Ajax for £35 million(€39m/$46m) but are looking to add more members to the squad before the October 5 deadline.

Real Madrid defender Sergio Reguilon has been monitored and is of interest to Solskjaer, but Sancho remains the top target as the club look to bolster their attacking options.

It is understood Sancho is keen on a move to United, and back to the Premier League, but the biggest stumbling block remains overa fee that is deemed suitable by both sides due to the financial effects of the coronavirus pandemic.