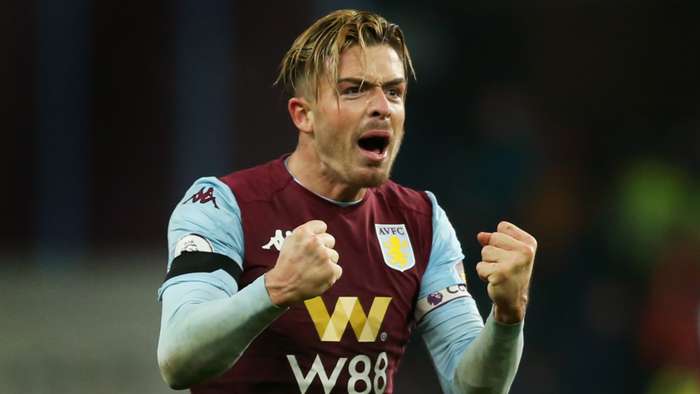 Linked with a move to Manchester United in the early weeks of the summer, the England international has now committed himself to Villa Parkuntil 2025.

In a statement to the club's official website, Grealish said: "I am delighted to make this commitment to Villa. It is my club, my home and I am very happy here.

"The owners have made it very clear to me how ambitious they are and how they want to build Aston Villa. There are exciting times ahead and I am very glad to be part of it."

CEO Christian Purslow added: "Jack is an emblem of our owner’s vision for Aston Villa. He joined our club as a local boy aged six and has developed into one of the country’s finest players finally becoming a full England international last week.

"We are determined to build a top team around him and are delighted that he is extending his contract and committing himself to the club he loves."

The 25-year-old initiallymade his debut for Villa during the 2013-14 campaign.

His performances during the 2019-20 campaign, the first in which Villa were back in the Premier League, won widespread acclaim, with the attacking midfielder scoring eight times in 36 outings and grabbing a further six assists. Furthermore, he scored twice in five Carabao Cup matches.

Such was the quality of his play, Old Trafford legend Ryan Giggs urged his former club to "go and get"the Villa star, while he was also told to join United by Paul Merson.

Villa might not have started their competitive campaign for the 2020-21 season, but Grealish was called into active duty for England for the first time by Gareth Southgate as he featured for quarter of an hour off the bench in the scoreless Nations League fixture in Denmark on September 8.