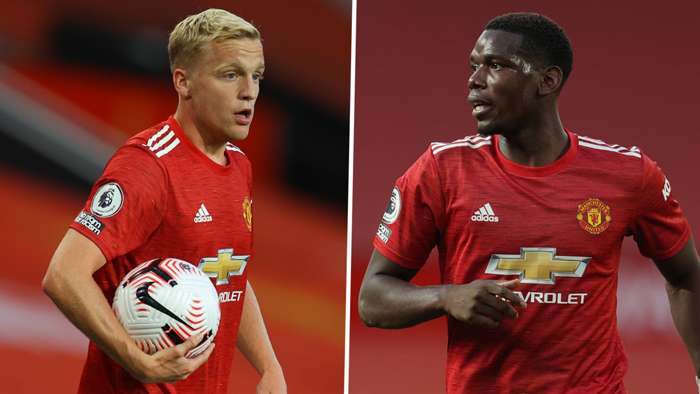 World Cup winner Pogba is one of those, but he faces fierce competition for places.

New arrival Van de Beek has been added to the talent pool at Old Trafford, with the Netherlands international being tipped to thrive in English football with his blend of graft and guile.

Pogba offers similar qualities, but the France international has struggled for consistency throughout a second spell in Manchester.

It could be that he now slips out of favour, with Robson claiming that he would bench the enigmatic 27-year-old in his preferred starting XI.

The legendary former United captain told talkSPORT: “I would probably go with Fernandes, Matic and De Beek in central midfield and just see where they go with it.

“We’ve got Scott McTominay, Fred who can do that holding role. Then you’ve got Pogba.

“I thought Paul started off poor even though he finished the season really strong. Maybe it is just a matter of time for the lads to get going. But the last thing you want is playing catch up to Liverpool.

“Pogba, Fernandes and Van de Beek, can you get the three of them in the team? Only time will tell.”

Robson is also of the opinion that United need to further bolster their ranks before the summer transfer market closes for business on October 5.

Van de Beek remains the only addition for now, with the Red Devils struggling to get deals over the line when it comes to long-running pursuits of attacking and defensive reinforcements.

Robson added, with Solskjaer’s side being tipped to mount a title challenge if they can repeat their success of recent windows: “We saw what Fernandes did to the club.

“He energised them and he was a real bonus when he came in. That is one player and he got the best out of other players.