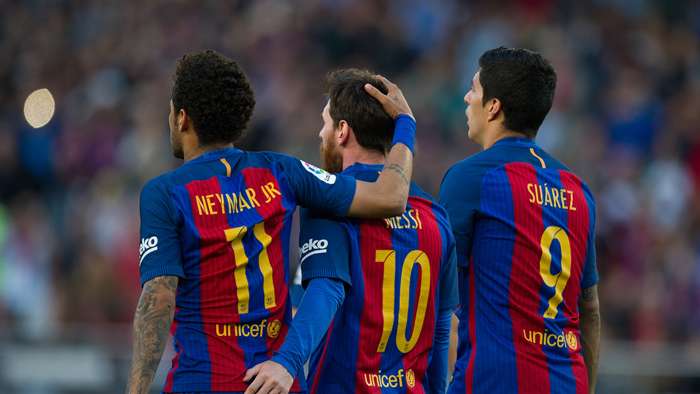 Rashford and Greenwood have flourished on a first-team stage, with France international Martial complementing their qualities on the flanks while filling a central number nine berth.

Their collective goal return for 2019-20, which is now up to 60 and counting, has topped that of lauded domestic rivals at Liverpool and Manchester City.

Plenty are suggesting that they could be the ones to rekindle former glories at Old Trafford, with all three at an age which suggests that there is still plenty more to come.

Owen is among those expecting big things from an exciting trio, with the former United striker going as far as to suggest that a standing among the most iconic frontlines of the modern era can be taken up by Rashford, Martial and Greenwood.

The ex-Red Devils frontman told Premier League Productions: “They have got pace, they’ve got skill, great touch and they are backed up by a couple of players in behind them that can feed them the bullets.

“Paul Pogba is absolutely brilliant and of course Bruno Fernandes has had a great start to his Manchester United career.

“In those five players we are seeing something very, very special that could compete at the very highest level.

“We talk about the great attack of Man City, Liverpool and Barcelona over the years, well this is developing into something special.”

Rashford and Martial were back among the goals in United’s latest outing, as they edged out Crystal Palace 2-0, and Phil Neville claimed on the back of that triumph that Ole Gunnar Solskjaer now boasts the best attack in the Premier League.

He told Match of the Day: “They're the best three - with Greenwood - in the league, up there with the Liverpool front three and the City front three. I think they have the ability to interchange positions and link with each other. I don't see any better.”

United will be looking for more inspiration from that department on Sunday when they put an ongoing top-four bid to one side and switch their attention to an FA Cup semi-final date with Chelsea.