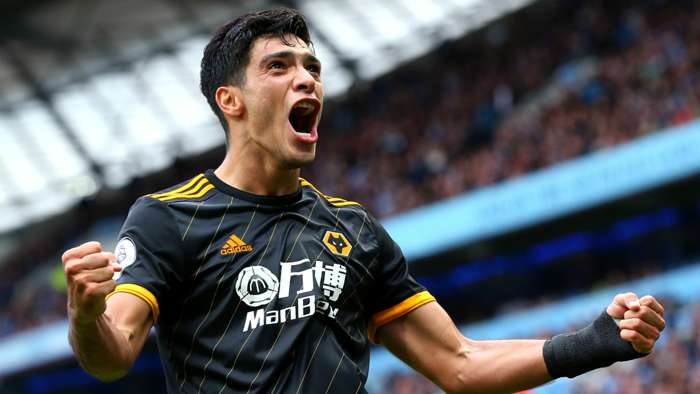 Wolves have been told that they have a “priceless” commodity on their hands in Raul Jimenez, with club legend John Richards hoping that reported interest from the likes of Manchester United and Arsenal can be fended off.

He has found the target on 26 occasions in all competitions, with 17 of those efforts coming in the Premier League.

The 29-year-old has become the first man to hit that mark in top-flight action for Wolves since Richards back in 1975-76, with his value in the West Midlands clear for all to see.

Jimenez has become a firm fan favourite during his time at Molineux, but his efforts have not gone unnoticed elsewhere and speculation continues to suggest that leading sides in the Premier League and La Liga are casting admiring glances in his direction.

Richards can appreciate why that is the case, but is eager to see a talismanic figure retained by an ambitious outfit.

“There’s a lot of work being done by the team as a whole, but sometimes you only get one or two slight chances.

“Most strikers probably will not take those, but when you’ve got somebody of that class, like Raul, you know he’s likely to pop them in.

“He’s a priceless commodity. What he has contributed goals-wise is invaluable to the club.”

Richards added of a frontman who was snapped up in a club-record £30 million ($38m) deal on the back of a productive loan spell: “He just seems to be getting better, if that can be possible.

“He’s a world-class striker, without a doubt. You see it week in and week out with the way he performs and leads the frontline.

Jimenez’s efforts have kept Wolves in the hunt for a top-six finish this season, while Nuno’s side are also waiting on the resumption of Europa League action having reached the last-16 stage of that competition.