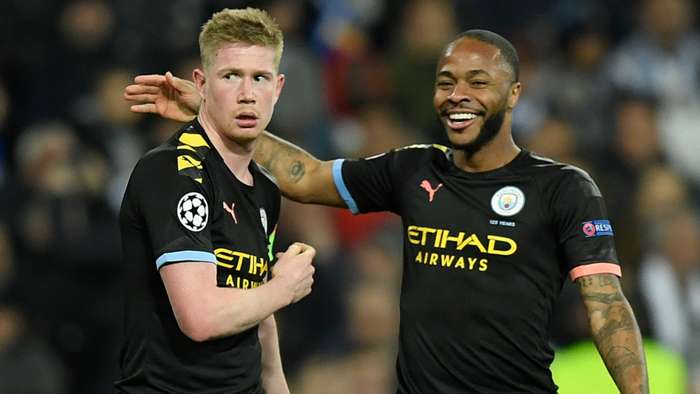 A number of leading players at Manchester City would have pushed for a move elsewhere had the club’s two-year ban from European competition been upheld, claims Sylvain Distin.

Amid the uncertainty regarding future direction at the Etihad Stadium, a number of high-profile figures on and off the field saw fresh starts mooted elsewhere.

Kevin De Bruyne, Raheem Sterling and Pep Guardiola were all linked with switches away from Manchester, with personal ambition expected to see their heads to be turned.

The Court of Arbitration for Sport has, however, lifted a ban and a dark cloud which had been hanging over City.

Exit rumours have been brought to a halt, with there no reason for anybody to be looking for a way out of the Etihad while the trophies continue to flow and a standing among Europe’s elite is secured.

Former City defender Distin believes some key men would have been mulling over their options prior to the CAS ruling, with the Frenchman telling BBC Radio 5 Live: “In terms of players, they have got some of the best players in the country, and in the world, and possibly not playing Champions League football for those players would have been very difficult.

“You would have expected a few of them to try and change clubs, and that’s not the way City work or the direction the club want to take. That would have been a big hit for them.

“I am sure some players would think about it.

“When you are at a club like City, you expect to compete for the four or five trophies that you can win every season – and the Champions League is one of them.

“It’s always been a big objective for the club and they have never been able to win it so far.

“I am sure some of the players are here to win that for the first time with Manchester City. Not being able to qualify for the Champions League for two seasons would have been a big blow.