'Man City should definitely go for Kane' - Tottenham striker would give Guardiola a 'plan B', says Sinclair

'Man City should definitely go for Kane' - Tottenham striker would give Guardiola a 'plan B', says Sinclair 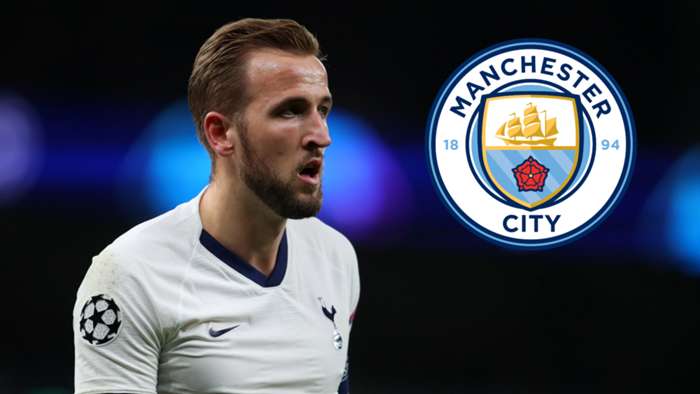 Manchester City "should definitely go for Harry Kane", according to Trevor Sinclair, who says the Tottenham striker would give Pep Guardiola a "plan B" in the final third.

The 26-year-old has been consistently among the Premier League's top scorers since breaking into the Tottenham first team in 2014, winning the Golden Boot on two occasions.

He has hit 19 goals in 31 outings for the club in 2019-20, but has struggled for form since the resumption of the season last month.

Kane has only scored twice in his last six appearances, and Arsenal legend Paul Merson has been among those to suggest that the England international's output will continue to suffer for as long as he is forced to fit into Jose Mourinho's rigid set-up.

Manchester United and Manchester City have both been tipped to offer the highly-rated centre-forward a way out of the Tottenham Hotspur Stadium, but club chairman Daniel Levy will reportedly demand a fee in excess of £100 million ($126m) for a prized asset.

Sinclair acknowledges the fact Kane is likely to cost a fortune in the current market, but has backed Guardiolato make a move for the Spurs star in order to increase his options up front, while also throwing Wolves frontman Raul Jimenez into the mix as a potential alternative target.

“He’s mobile which Pep Guardiola wants his players to be,"the ex-City winger told talkSPORT. “His hold-up play is excellent and as good as there is out there when he’s got his back to goal.

“And since Edin Dzeko has left the club they haven’t had that aerial competition in the box, all of their forwards are 5ft 8.

“When a club has a deep block against them – which most clubs do – sometimes if it’s not working, they need to have a plan B.

“A tall striker as a back-up option isn’t a bad option. I mentioned Raul Jimenez from Wolves too – but they should definitely go for Harry Kane.

“But because he’s English he’ll probably come at an astronomical fee so they’ll probably go for Raul.”

Sinclair went on to express his belief that Kane is probably already thinking about undertaking a new challenge away from Tottenham, with Mourinho's men now set to finish outside of the top four for the first time in five years.

He added: “A lot of people are starting to talk about Harry Kane and asking where his next move is. He loves the club and he wants to be loyal. But as fans, broadcasters and commentators, we have been speaking about him for a while.

“Don’t even think that Harry Kane and his agent aren’t speaking about it. We look at Tottenham last season, Champions League final and flying – they’re now a shadow of their former selves.