‘Man City must sign a leader alongside Laporte’ – Richards calls for change, but backs Stones to stay

‘Man City must sign a leader alongside Laporte’ – Richards calls for change, but backs Stones to stay 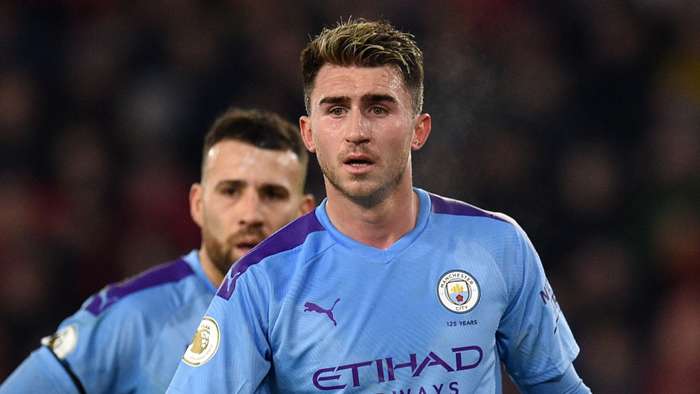 Manchester City have to sign a “leader” to sit alongside Aymeric Laporte at the heart of their back four, says Micah Richards, but there could still be a role for John Stones in the squad heading forward.

Pep Guardiola opted against bolstering his ranks in that department when the talismanic presence of Vincent Kompany headed through the exits at the Etihad Stadium in 2019.

The long-serving Belgian had been a rock, when fit, in a centre-half berth and was always going to be difficult to replace.

It came as some surprise when City made no effort to cover the loss, with Guardiola having had to get creative at times as a result – Brazilian midfielder Fernandinho often being asked to play out of position.

That decision has been taken because the likes of Stones and Nicolas Otamendi have failed to convince when called upon.

Richards believes reinforcements must now be found in the next window, with another big-money option allowing the Blues to address a need in their starting XI while also adding greater depth to their squad.

The former City defender told Sky Sports: "It's been very difficult for City. I feel a bit sorry for John Stones. He's obviously a top player and you'd think the way City play he'd just fit in easily, but he's made a couple of high-profile mistakes, and he's not really been able to claw that back.

"Without Laporte there, they don't really seem like they've got much stability. Losing Laporte for the first half of the season was massive. City are looking at various players for the summer, but for me they need a leader at the back to play alongside Laporte. That's no disrespect to Nicolas Otamendi and Stones, I'd still have Stones around to try and win back the manager's confidence.

"But when you have a central midfielder dropping back into centre-back, you know you've got a player there. I know people say that Pep Guardiola dropped Javier Mascherano back into defence at Barcelona and it worked, but this is a bit different in the Premier League. When you've got Lionel Messi on your side, it's completely different.

"Going forward it hasn't been a problem for City. They've been scintillating at times, but then you just know that there's going to be some sort of uncertainty at the back without Kompany's leadership.

"They're just missing that voice. It doesn't have to be the world's best centre-half, just somebody who knows how to lead the team, get people in the right positions, and who is not afraid to shout at people if their positioning is wrong."

Richards added: "It's not as simple as getting a centre-back in.Fernandinho will be a year older and his legs won't be the same as this season or past seasons.

"Just buying a centre-back is not going to solve all the issues. People say Virgil van Dijk solved Liverpool's problems, and he did to an extent, but his arrival coincided with the improvement in Trent Alexander-Arnold and Andy Robertson, and also Alisson arrived.

"But getting a centre-half would help so much in terms of consistency, and to have somebody who understands that position more to drive the team forward."