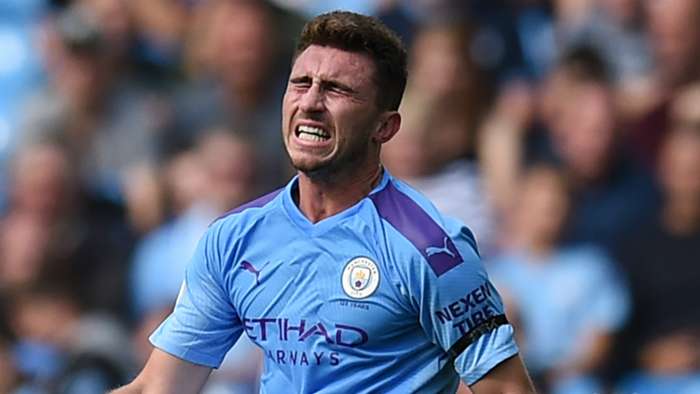 Manchester City have "unfinished business in the Champions League", says Aymeric Laporte, who is determined to deliver a "missing" trophy to the Etihad Stadium.

However, they have been unable to replicate that success on the European stage, with a last-16 defeat to Monaco followed by quarter-final exits at the hands of both Liverpool and Tottenham.

Guardiola's men are aiming to buck that trend this time around, and already have one foot in the last eight after beating Real Madrid 2-1 at Santiago Bernabeu in February.

City will welcome the Blancos to the Etihad for the second leg of the first knockout stage tie on Friday night, with Laporte motivated to help the club go all the way in Europe's elite competition for the first time in their history.

"City have unfinished business in the Champions League, we have been talking about it for a long time, it's the thing we are missing," the French centre-half told AS.

"Last year we won four trophies in the same season but couldn't win the Champions League, so if it's our turn this year, perfect."

"I don't know what we've been doing wrong as the team has been the same in the last few years," said the 26-year-old."Away goals have been key. Last year Tottenham scored the same number of goals as us but eliminated us.

"We have all the ingredients to do great things. The team is really up for it, we don't have to change much, we just need a little more luck. We have lacked that final spark which I'm sure we'll find soon."

Guardiola will be unable to call upon first-choice frontman Sergio Aguero against Madrid, as he continues to recover from surgery on a knee injury.

Laporte acknowledges that the Argentine will be a big miss for the Manchester outfit, but has also pointed out that the Blancos are in a similar position with club captain Sergio Ramos unavailable due to suspension.

"Everyone knows Aguero, he's an important player to be missing just like theirs. All the goals that he has scored and the career he's had since he was young speak for themselves," the City defender added.