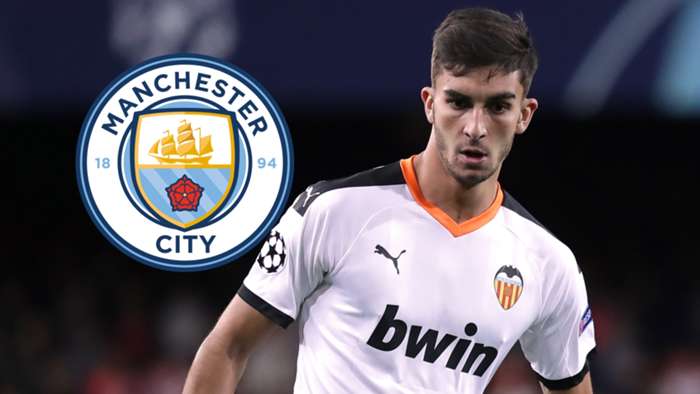 Manchester City are closing in on a deal to signValencia winger Ferran Torres.

City and Valencia have not yet reached an agreement on a fee, but Torres is expected to initially cost somewherebetween £27 million ($35m) and £36m ($47m),with the potential for add-ons.

The Spanish club need to raise money after failing to qualify for Europe next season, with Torres havingturned down a number of offers to extend his current contract .

City boss Pep Guardiola is understood to have played a key part in convincing him to choose the Premier League sideamid interest from a host of European clubs, including Manchester United and Juventus.

Borussia Dortmund's England international Jadon Sancho remains a top target for United, with Torres seen as an alternative option at Old Trafford, while Juve could not persuade the Spain Under-21 internationalto move to Serie A.

Torresis keen to work with Guardiola and was convinced to move to City when the Court of Arbitration for Sport (CAS)lifted the two-year ban from the Champions League imposed on the club by UEFA.

Bundesliga side Dortmund were also interested in Torres, with BVB sports director Michael Zorc even havingmet the Spaniard's agent. However, any move was seen as dependent on Sancho's departure.

Guardiola has prioritised the signing of a new winger after Germany international Leroy Sane left for Bayern Munich in a deal worth an initial €49m (£44.7m/$55m).

City are set for a significant investment in their first-team squad this summer after failing to challenge Liverpool for the Premier League title.

The possibility that the Netherlandsinternational will leave the Cherries looks more likely after his side were relegated from the Premier League on Sunday.