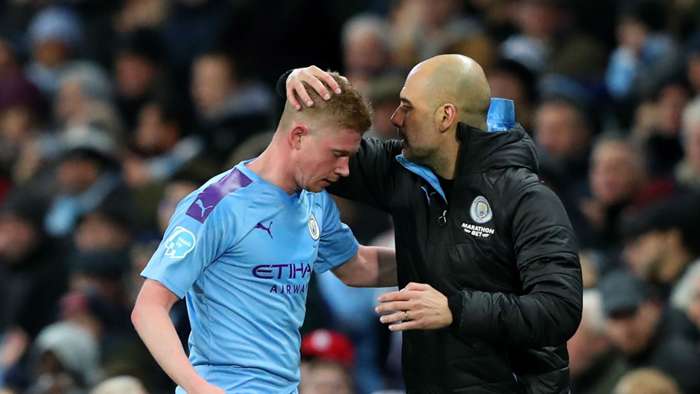 Manchester City's two-year ban from European football being overturned is good because it ensures one of the Premier League's best teams will not be broken up, says Micah Richards.

The Premier League club challenged UEFA's decision to prohibit them from continental competitions, as well as a€30 million(£25m/$33m) fine,for alleged breaches of Financial Fair Play (FFP) regulations and failing to cooperate with its investigation.

City appealed to the Court of Arbitration for Sport (CAS), which on Monday removed their European exclusion and reduced the fine to €10m (£9m/$11m).

"It's good news. I don't want to be biased but with Man City they always pleaded their innocence from day one and it's good to see it come to a conclusion after it hanging over them for so long," Richards told the BBC.

"It has made it difficult to plan for the future but, finally, it hascome to a conclusionwhich is good for everyone.

"Two years would have been so damaging. Pep Guardiola's contract is up at the end of next season, Kevin De Bruyne is in the form of his life – the players in that side want to play Champions League football.

"It's good it's over with. From a players' point of view, it’s difficult not knowing if you would be in it so to put it to bed is brilliant."

City this season surrendered their Premier League crown to Liverpool, who will surpass the record 100-point haul Guardiola's side accumulated during the 2017-18 campaign if they win their remaining three games.

Richards said: "When you look at Liverpool this season, they've been brilliant. The gap in the table this season is astonishing but before that City have been the go-to team.

"We should enjoy this manager and this team because they are record holders and recordbreakersand no one wants to see this team broken up.