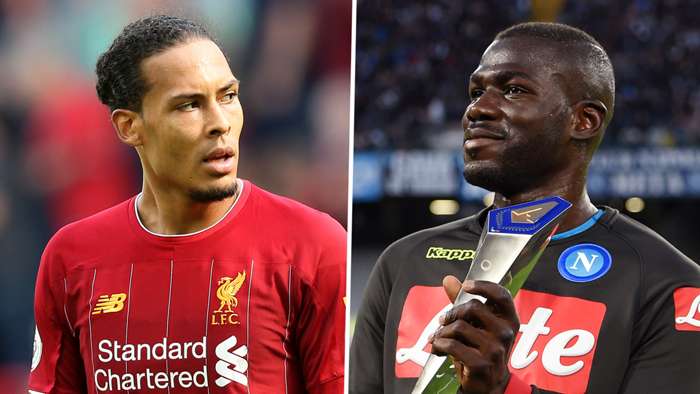 Since bidding farewell to Vincent Kompany in the summer of 2019, Pep Guardiola is considered to have been in need of another leader at the back.

Koulibaly fits the bill for many, with the Senegal international having starred in Serie A for Napoli.

Goater believes efforts will be made by those at the Etihad Stadium to put a deal in place – having already invested £40 million ($52m) in Nathan Ake this summer – with Liverpool having shown when acquiring a talismanic Dutch defender how crucial additions at the back can be in the pursuit of domestic and continental success.

“Man City believe that Koulibaly will bring the same level that Van Dijk did for Liverpool, or even Vincent Kompany had at City,” former Blues striker Goater told Gentingbet.

“I think the unknown is also what level of consistency that Ake will bring. He could be exceptional and make very little mistakes, but Koulibaly is a strong, aggressive player who is good and the ball and when City do the work in reaching out for a player, they typically tick the boxes in terms of the qualities that are needed.

“I think he is probably someone they're looking at from a Champions League point of view to be solid but also to be consistent in Premier League because you’re going to need squad rotation, especially with not really having a pre-season.”

As Koulibaly is linked with a move to Manchester, it could be that an exit door swings open for others.

John Stones is seeing questions asked of his future once again and Goater believes the England international may need a move in order to rediscover his spark after four testing years with City.

He added: “From my last knowledge, John Stones wanted to stay and work to get into the team.

“That would encourage him to be more consistent, because I think he has all the tools but there’s one tool that lets him down. If you look at Van Dijk as an example, he makes one or two mistakes per season and you look at Stones and can’t say that, and I think that’s the issue there.