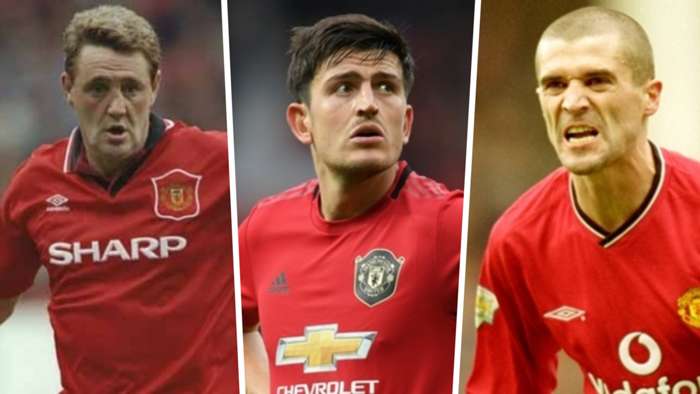 Gary Pallister admits that Harry Maguire is not a captain and leader in the Steve Bruce or Roy Keane mould, but the £80 million ($104m) defender is still considered to be “exactly the type of centre-back that Manchester United needed”.

Eyebrows were raised at a sizeable fee, but the general consensus was that United needed to invest heavily in plugging alarming leaks at the back.

Maguire wasted little time in setting about that task and quickly inherited the captain's armband at Old Trafford – with Ashley Young moving on to Inter in the January window.

The odd question has been asked of the commanding 27-year-old during his debut campaign in Manchester, but Pallister believes he has been a shrewd addition and ticks an important box for Ole Gunnar Solskjaer’s ambitious outfit.

The former United defender told MUTV of Maguire: “I think he’s terrific. I think he’s rightly got the captaincy; he’s one of the talkers.

“He’s not the type of leader that Bryan Robson, Steve Bruce and Roy Keane were, but I think he’s got an assurance about him that the players respond to.

“I think, for his first season, he’s been terrific. He’s comfortable on the ball, you saw it on Sunday at Leicester City, getting his head to things when the balls are chucked into the box. He’s dominant there and he’s exactly the type of centre-back thatManchester Unitedneeded.”

Many have suggested that Maguire could look even more assured if he were to be moved into a right-sided centre-half berth.

Victor Lindelof currently fills that spot, with questions being asked of his future and United’s need to spend again in defence, but Pallister believes there is a role for the Swede to play.

A man with four Premier League titles to his name added: “Lindelof has had a really good season as well. He’s not as dominant as Harry, but I think he’s complimented him.

“He’s got the hang of the Premier League: the physicality and the pace of it. I think he went from strength to strength.”

Maguire and Lindelof helped United to a third-place finish in 2019-20, with Champions League qualification safely secured, and attention is about to shift to the pursuit of major silverware in the Europa League – with the Red Devils back in action against LASK on August 5.