'Maguire goes home & tells his wife he screws up but still earns so much!' - Van der Vaart in astonishing dig at Man Utd star

'Maguire goes home & tells his wife he screws up but still earns so much!' - Van der Vaart in astonishing dig at Man Utd star 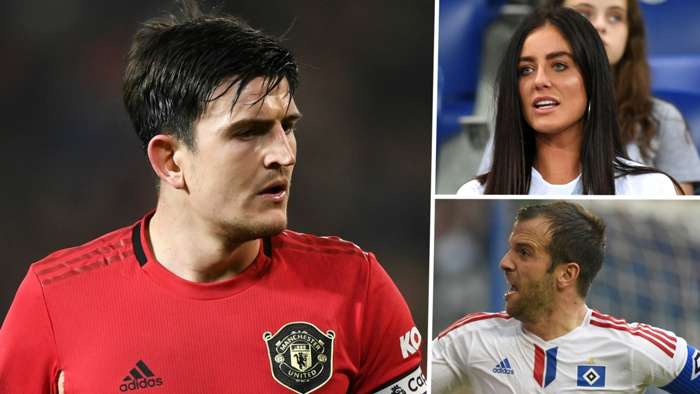 Harry Maguire makes a mockery of Manchester United for paying him so much despite a lack of talent, according to former Tottenham and Real Madrid midfielder Rafael van der Vaart.

Maguire was left standing by Junior Stanislas, who then slammed the Cherries into a surprise lead at Old Trafford - although the home side came back to comfortably win 5-2 and keep up their challenge for the Champions League places.

The win was not enough to spare Maguire from stinging criticism, as former Netherlands international Van der Vaart accused the player of taking his club for a ride.

Speaking on Dutch TV station Ziggo,Van der Vaart said: "I think Maguire goes home every day and tells his wife: ‘I screw up, but I earn so much. They really believe I’m good.’ I really think so, he laughs at everyone."

It is not the first time van der Vaart has criticised Maguire on the same channel this season, saying his performance in the 1-1 draw with Liverpool last October was not worthy of a professional footballer.

He said: "If he is worth so much money, Virgil van Dijk is worth £300m.If I am going to play with the amateurs on Sunday afternoon, I can easily find three who can do this (what Maguire does on the pitch). I mean that seriously. A bit silly to say, but I really think so."

Television cameras captured the United manager having a conversation with the Bournemouth defenderat the final whistle, with some claiming he had said to the Dutchman that he needed a left-footed central defender.

Van der Vaart said: "That is nice if there is no crowd and no music after the game. Then you hear things like this. A transfer? I hope for him, I think he’s doing very well. Why not?"

However, Solskjaer subsequently dismissed the amateur lip-readersand said he has no intention of signing any more defenders this summer.